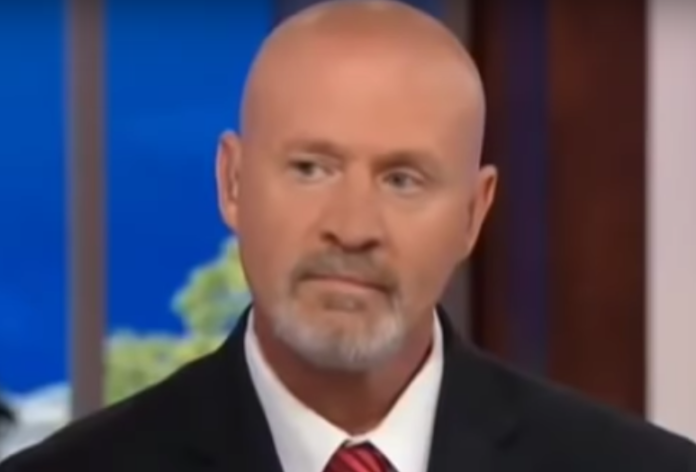 A former federal prosecutor and Army JAG lawyer Glenn Kirschner appeared on Hardball with Chris Matthews on Thursday to explain how President Donald Trump’s cover-up is imploding before our eyes.

On Wednesday, House Speaker Nancy Pelosi (D-Calif.) accused Trump of being “engaged in a cover-up” after a meeting with House committee chairmen about the progress of investigations.

A federal judge recently ruled against Trump’s effort to block Mazars USA from handing over his financial documents, only to lose a separate case when another federal judge ordered Capitol One and Deutsche Bank to hand over financial records as well.

“Do you wonder what he is doing right now, day-to-day, to keep the empire afloat?” Matthews began. “I mean, his kids can’t handle it. Who is keeping this house of cards with the billions of dollars potentially up in the air based on credit from God knows who?”

“No clue,” Kirschner responded, observing that we could be talking about even less money. “And I don’t know if it’s millions of dollars up in the air, maybe it’s thousands of dollars, but it’s borrowed money and may be dirty money.”

“When Congressman Swalwell said now the House of Representatives is winning, that’s an understatement,” he continued. “It has been a blowout.”

“It has been a blowout in federal court in DC,” he explained. “What I really find perhaps most remarkable and most heartening now — is not just that people will get the records, his Capital One, and Deutsche Bank records and his accounting firm Mazar records, but they are going to get it, I believe, at lightning speed. The reason is, the courts I think have been dying to get their hands on this. Now they have their hands on it. Judge Metha ruled in six days. You know what Judge Ramos did? He said, ‘You know what, I heard your arguments, give me 10 minutes. House, you win, Trump, you lose, next.’”

“We are talking a lot about a cover-up,” Kirschner concluded. “The cover-up is about to crumble.”

Trump’s cover-up is crashing down all around him and his financial records could reveal more crimes he has committed and could reveal connections to Russia he wants to keep secret.

Of course, Trump will challenge the subpoenas all the way to the Supreme Court, but if the conservatives on that court truly care about the rule of law and the Constitution, they will rule against Trump unanimously.

ABOUT US
Lefties, Liberals, Progressives, Social Justice Warriors, Old Hippies, Concerned Millenials, Reformed Republicans and Democrats of Whatever Stripe – Welcome Home! We offer aggregated news – which means our writers credibly source and report on the news of the day. In all fairness, our team leans left and may editorialize from time to time but we are committed to giving you the facts. No tin-foil hat conspiracy theories here! Our Activism Resource Database is second to none and covers the spectrum from Animal Rights to World Peace (there were no categories that begin with Z). We make every effort to give you the most current information on ways you can make a difference. Whether you are an Armchair Activist or Full-Blown Social Justice Warrior we have something for you.
Contact us: admin[email protected]
FOLLOW US
© 2019 TheUnitedStatesBlues.com