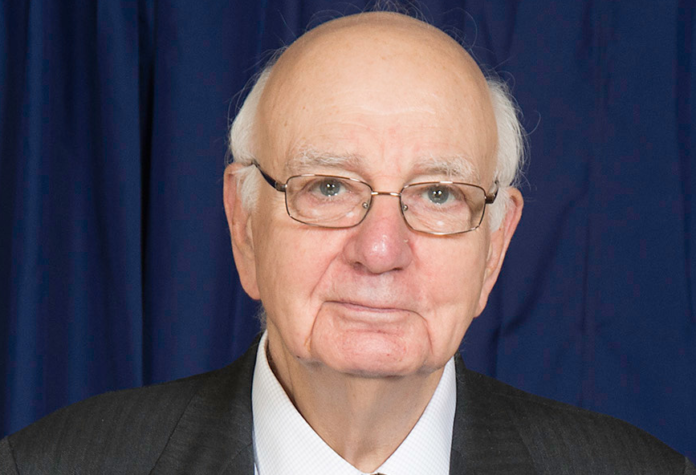 President Donald Trump has no intention to quit his effort to burn the American economy down to the ground, but former Federal Reserve chairman Paul Volcker is finally speaking out against his economic policies that threaten to cause a new recession.

Up to December 2017, Trump had largely left former President Barack Obama’s economy alone and benefited from the continuation of his predecessor’s policies that resulted in continued economic growth and economic achievements that he has tried so desperately to take credit for.

But soon enough, Trump and the Republican controlled Congress decided to hurt the economy by jamming tax cuts for the wealthy into law, and Trump would go on to launch multiple trade wars the very next year.

The tax cuts have been disastrous as the deficit and debt have ballooned out of control while an increasing number of Americans discover that their own tax bill is rising. Trump’s trade wars with China, Mexico, Canada, and the European Union, meanwhile, have taken a toll on farmers and manufacturing as traditional American companies such as Harley-Davidson and General Motors move operations overseas as the cost of production skyrockets due to Trump’s steel and aluminum tariffs. Even the trade deficit that Trump once decried has reached a ten-year high.

All of this contributes to growing fears that America is heading toward a recession that could very well be worse than the recession in 2008, especially since wealthy individuals and corporations no longer pay their fair share of tax revenues, which have plummeted, forcing the government to borrow even more money.

Trump’s economic strategy is so bad that Volcker spoke out against it on Tuesday during a podcast with Bridgewater co-chief investment officer Ray Dalio, as reported by Reuters.

“We have not been on a constructive track,” Volcker said. “I think that’s fair to say. We rammed through a massive tax bill. Whatever you think about that tax bill, it shouldn’t have been rammed through Congress without any debates at midnight on December 31st.”

Indeed, Republicans know that the American people would have fiercely opposed the legislation had there been public debates. After all, most Americans support a 70 percent marginal tax rate on the rich. There’s no reason to believe they would have supported slashing the rate to around 30 percent from the 38 percent they were already paying.

But it’s Trump’s trade war that baffles Volcker the most, and has him agreeing with Chinese President Xi Jinping over Trump.

The damage not only hurts our economy but American trust in government.

“Faith of the American people in our government today is really distressing,” Volcker concluded. “There’s been polls taken every year that ask the same question … Do you trust your government to do the right thing most of the time? You get maybe 20 percent to say ‘yes.’ You ask about the Congress, it’d be less than 20 percent. It’s no great secret that we are torn about by ideological and other differences now.”

As Trump’s economy heads for an inevitable downward turn that will hurt millions, we can expect American trust in government to only drop even further as Republicans continue their war on the middle class in an effort to give even more money to people who don’t need it and Trump continues to wage ridiculous trade wars to make himself look tough.