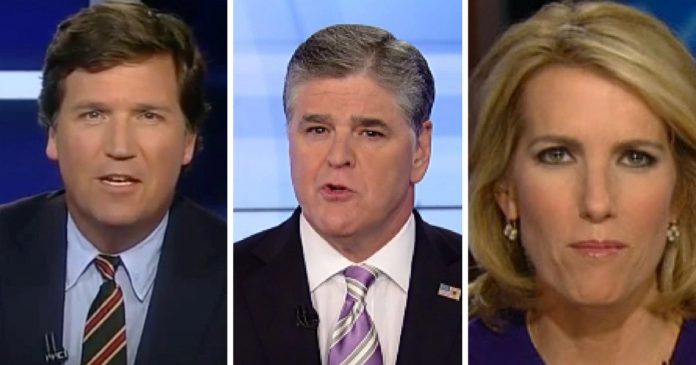 Carl Cameron is the former chief political correspondent for Fox News, and he’s warning that the network deliberately seeks to find things it can highlight in order to foment “fear and anger” among the extreme right-wing.

Cameron spoke with the New York Times for an article on how the language used by the shooter who allegedly killed 22 people at a Walmart in El Paso, Texas, was taken directly from the things he saw on Fox News and other right-wing news outlets. As AlterNet notes:

Shortly before the terrorist mass shooting in El Paso that left 22 people dead, the killer (according to law enforcement) posted a 2300-word manifesto on 4Chan asserting that he was acting in order to fight an “Hispanic invasion of Texas.” And the Times report (written by Jeremy W. Peters, Michael M. Grynbaum, Keith Collins, Rich Harris and Rumsey Taylor and published on August 11) notes that right-wing media stars like Rush Limbaugh, Ann Coulter and Fox News’ Tucker Carlson have been using the same type of rhetoric.

All of this fits into a larger narrative that is built around what’s known as “replacement theory,” i.e. Anglo-Saxon Americans are being “replaced” by non-Anglo immigrants across the Western world:

Proponents of the Replacement Theory tend to rail against Latinos in the U.S., whereas in Europe, they view whites as being “replaced” by immigrants from the Middle East or Africa.

Conservative commentator Bill Kristol says the idea of an “invasion” is particularly troubling to him:

“It’s a bit of a vicious cycle. Something is said on Fox News, and Trump repeats it, and that legitimizes it — and then, someone else goes a little further…. The use of what once would have been viewed as really extreme and inappropriate and sometimes conspiratorial, sometimes dehumanizing language is really striking.”

Who uses the word “invasion” and the idea of replacement the most? According to the Times, those concepts are most often uttered by Tucker Carlson, Sean Hannity, and Laura Ingraham, the three hosts who occupy the 8-10 p.m slots on Fox each weekday evening.

Granted, none of the hosts at Fox fired a single shot or directed the El Paso shooter to do what he did, but their rhetoric may well have contributed to radicalizing him to the point that he felt a need to purchase an assault rifle and commit an act of domestic terrorism.

As Carl Cameron rightly said, Fox is stoking fear and anger on the right, and that alone makes it a pernicious influence that needs to be seen as a contributing factor to mass shootings carried out by racists and right-wing terrorists.