The United States Blues
Home Elections Former G.W. Bush speechwriter says THIS is the issue Democrats can use... 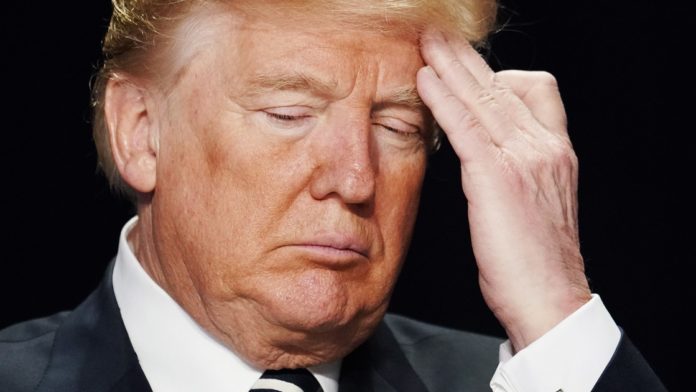 As he faces re-election with historically low polling numbers for an incumbent, President Donald Trump appears to be weak on several fronts, and a former speechwriter for George W. Bush is urging Democrats to go after Trump on one key issue: Patriotism.

Writing in The Washington Post, Michael Gerson notes that while Trump loves to pretend how patriotic he is with attacks on NFL players who kneel during the national anthem, reality suggests that this president is inauthentic and has no moral ground to stand on.

“Recall that a month after the presidential election — when the extent of Russia’s assault on the U.S. electoral system was becoming clear — Trump’s transition team accused the U.S. intelligence community of making up the threat. ‘These are the same people,’ they wrote, ‘that said Saddam Hussein had weapons of mass destruction.’

“At that moment, I recall thinking for the first time: Trump and his team are willing to sell out the people defending our country for political reasons. They must have known that U.S. intelligence was accurate, and still they employed arguments favorable to Russian intelligence. It was unthinkable — until Trump forced us to think it.”

Trump has convinced many Americans that he’s looking out for their best interests and the national security of the United States, Gerson continues, but his words and deeds prove that his only loyalty is to himself:

“Trump supporters must believe that deep down he is a true patriot. But the public evidence for this is scarce. It was certainly not evident during his nonexistent military career. It could not be proved by his casual slanders against the country. When told that ‘[Vladimir] Putin’s a killer,’ Trump responded: ‘There are a lot of killers. . . . You think our country’s so innocent?’ When asked about Turkish President Recep Tayyip Erdogan’s crackdown on dissent, Trump answered: ‘When the world looks at how bad the United States is, and then we go and talk about civil liberties, I don’t think we’re a very good messenger.'”

All of this gives the Democratic nominee a unique opening, Gerson concludes:

“For Americans, love of country entails a love of decency and human dignity. And it finds the meaning of America in its highest ideals.

“I never imagined that the party of Ronald Reagan would cede the ground of patriotism. But in the Trump era, Democrats have a chance to seize it.”