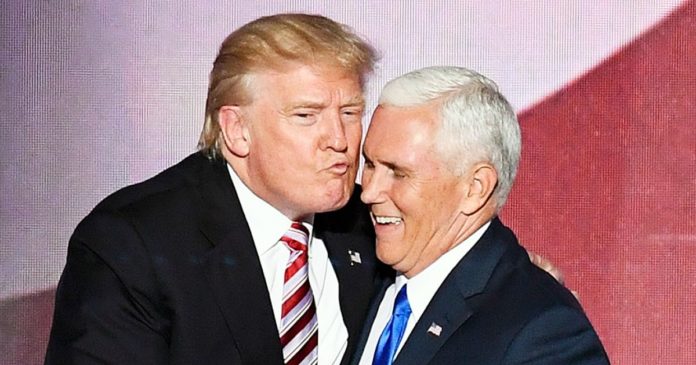 A former Republican congressman from Missouri is calling for the immediate impeachment of President Donald Trump and Vice President Mike Pence, both of whom he accuses of having the “lingering stench of corruption” on them.

In an op-ed he wrote for the Kansas City Star that was published Thursday, Tom Coleman notes that the Mueller report proved that Trump and members of his 2016 campaign repeatedly reached out to Russia for assistance:

While Mueller did not find sufficient evidence that Trump or his campaign had violated a criminal statute, the net effect was that the Trump campaign encouraged a foreign adversary to use and misrepresent stolen information on social media platforms to defraud U.S. voters. Because the presidency was won in this way, the president’s election victory brought forth nothing less than an illegitimate presidency.

Coleman adds that he understands the difficult position Democrats are in, fearing that impeachment might strengthen Trump’s hand and boost his popularity, but argues Trump’s crimes cannot be overlooked:

If Trump were to be impeached and removed from office, Pence would then become president, but Coleman makes a compelling case that Pence is also guilty of being part of the election conspiracy:

Because the misdeeds were conducted to assure the entire Trump-Pence ticket was elected, both former candidates — Pence as well as Trump — have been disgraced and discredited. To hand the presidency to an illegitimate vice president would be to approve and reward the wrongdoing while the lingering stench of corruption would trail any Pence administration, guaranteeing an untenable presidency. If Trump is impeached, then Pence should not be allowed to become president. The vice president should resign or be impeached as well if for no other reason that he has been the chief enabler for this illegitimate president.

Of course, the likelihood that such a scenario will play out is slim. But as Coleman rightly explains, we cannot condone wrongdoing on the part of any public official, no matter his or her title. And if we fail to act, we could well embolden future would-be dictators who will drag this country into the gutter with them and destroy this great republic.