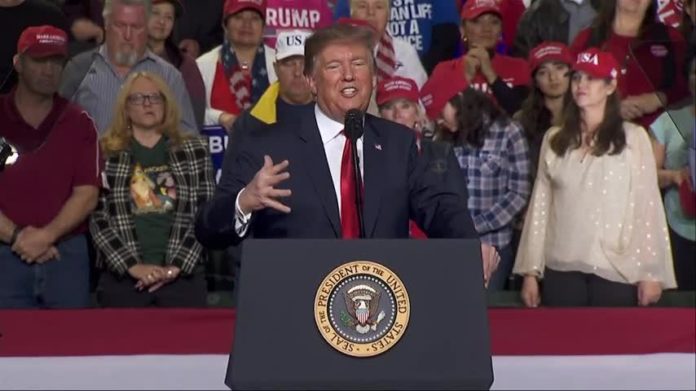 At a rally he held in El Paso, Texas, Monday evening, President Donald Trump continued to assert that a wall is needed on the U.S.-Mexico border, despite evidence to the contrary. Trump told his supporters that building a wall had already made a difference in El Paso:

“Today we started a big beautiful wall right on the Rio Grande. Walls save lives.”

But former GOP Congressman Charlie Dent of Pennsylvania said Tuesday morning that the bipartisan deal reached that only provides $1.3 billion of the $5.7 billion Trump had been demanding shows that Trump has lost yet again:

“You have to say the president lost.”

Dent then provided a devastating analysis of exactly why Trump had lost:

“He lost because he set an unrealistic expectation. He talked about a wall and Mexico paying for it, 2,000 miles. He has walked it back. Now that we are having a serious conversation he is going to get 700 miles which is what I supported when I was a co-sponsor of the Secure Fences Act. It was done with expert consultation. He is doing the things that need to be done but is not going to get this pie in the sky wall that he foolishly promised during the campaign.”

Trump has not yet said if he will sign the compromise legislation drafted by a conference committee of Democrats and Republicans, and the clock is ticking on another government shutdown, which will begin at midnight on Friday.

Think about it: Trump shut the government down for 35 days and saw his poll numbers plummet only to get far less money than he wanted. If that’s the “art of the deal,” then Donald Trump is the worst dealmaker in history.