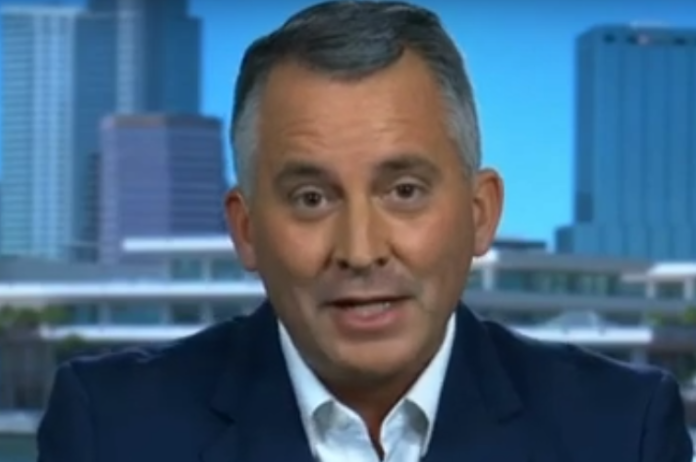 Former Republican Congressman David Jolly (R-Fla.) and conservative radio host Charlie Sykes both agreed on Saturday that it’s time for House Democrats to pull the trigger on impeaching President Donald Trump during an interview with Joy Reid on MSNBC.

The damning Mueller report makes it clear that Trump potentially obstructed justice on at least ten different occasions in order to undermine the Russia investigation, something that even Fox News legal analyst Andrew Napolitano says is enough to prosecute Trump.

And now Jolly and Sykes are urging House Democrats to do what needs to be done to send a message in defense of the rule of law.

For some reason, Democratic leadership is reluctant to impeach Trump.

But the Mueller report has already sparked a call for impeachment by Senator Elizabeth Warren (D-Mass.), a major Democratic 2020 candidate and more could echo her in days to come.

The pressure is going to build on House Democrats, and Jolly warned that failure to act would not go over very well with the electorate in 2020 because Democrats would look weak.

Sykes suggested Democrats force Republicans to go on the record.

“This is exactly the kind of thing Democrats ought to do,” he said. “Force a vote. Some Republicans will say we may not want to take on Donald Trump head-to-head but we’re about to go into another presidential campaign. We need to make it clear what is acceptable and what is not.”

Republicans who don’t support impeachment will have a tough time defending their vote while Democrats can say they were on the right side of history and did their duty to the Constitution.

Jolly noted that if Democrats need more than just the Mueller report, they should bring in the major players to testify under oath.

“There is no need to wait for an unredacted report,” Jolly said. “The House only needs to have one hearing. Ask Mueller, Don McGahn, K. T. McFarland, Corey Lewandowski to swear under oath the information in the Mueller report is true and accurate. If the answer is yes go to a vote.”

Jolly then pointed out that Republicans are sabotaging their own chances in 2020 by trying to open new investigations against Hillary Clinton, who isn’t even running for office anymore.

“The more fascinating thing to me, Joy, is, are the Republicans really going into 2020 still running against Hillary Clinton?” he asked. “Somebody who last held office, I think, eight years ago as secretary of state?”

“So Democrats have Mayor Pete and Cory Booker and Kamala Harris, Eric Swalwell, all these new young voices, and Republicans want to run against Hillary Clinton in 2020,” Jolly concluded. “They are morally and intellectually bankrupt.”

Democrats must show that they have the backbone to stand up to Trump and Republicans. If not, Americans won’t be confident enough to vote for them in 2020 the way they did in 2018 when Democrats ran on providing oversight and a crucial check on abuse of executive power.