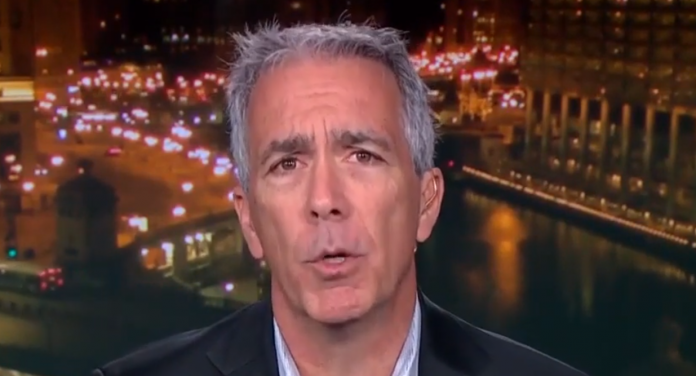 Walsh noted that at a campaign rally earlier this week the president had asserted there’s a “war on Thanksgiving,” which led Walsh to say:

“You know Trump stood in front of voters this week and made up a war on Thanksgiving. We have a president of the United States who, pardon my language, literally makes shit up. When you talk to Republican voters, they’re tired of this crap. I have Republican voters tell me they don’t want to go through for more years of this.”

Walsh also noted that one of the main reasons he decided to run against the incumbent president of his own party is due to Trump’s endless lies:

“I got into this race, John, because Donald Trump is unfit. He’s a danger to this country, he cannot tell the truth. He cannot place the country’s interest ahead of his own.

“I got into this race, John, because Donald Trump is unfit. He’s a danger to this country, he cannot tell the truth. He cannot place the country’s interest ahead of his own.”

And yet despite Trump’s lies and his willingness to engage in activity which is both unethical and potentially illegal, most Republicans in Congress are eager defend him, with some even trying to suggest that bribery and extortion are not a big deal when committed by a head of state.

There is not war on Thanksgiving, just as there was never a war on Christmas. For years, Fox News has been trying to sell such lies to Americans. But it’s a lie, and the only purpose for telling it is to try and stir up anger and spread fear among people.

The biggest threat to this republic is Donald Trump. It’s just that simple.