The United States Blues
Home News Former GOP congressman says his party is dying because Trump has made... 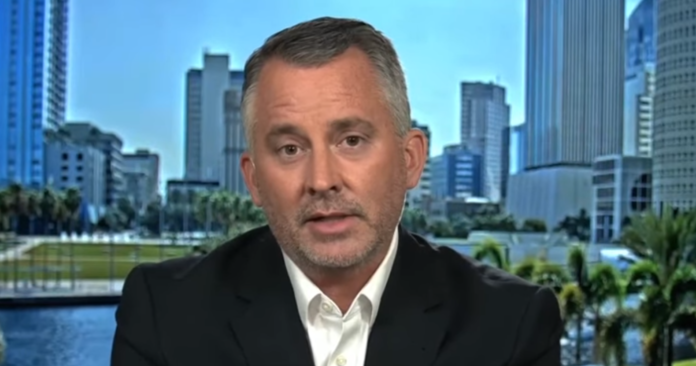 Two days ago, Rep. Justin Amash (R-MI) officially left the GOP, saying that modern politics were “trapped in a partisan death spiral.” Amash has also been highly critical of President Donald Trump and says the Mueller report proves that an impeachment inquiry needs to begin in the House of Representatives.

Saturday morning on MSNBC, former Republican Congressman David Jolly was asked about Amash’s leaving the party by host David Gura, who read from the op-ed Amash wrote in the Washington Post:

“‘You can’t be never-Trump and be a Republican and that’s the clearest and unequivocal conclusion to which I regrettably arrive. The fight for the heart and soul of the Republican Party has been lost to darker angels and a darker leader.’

“Why have so few people left the party the way you and now Justin Amash have?”

“Justin and I come have very different ideological standpoints. He thinks the party is not rigid enough and he’s a libertarian, down the line constitutionalist and I represent the purple state-thinking that it is too rigid at times.”

And then Jolly addressed the proverbial elephant in the room: Why he and Amash felt the need to walk away from the Republican Party:

For better or worse, the GOP is now the Party of Trump. They own him and his policies. That may have benefited them so far, but one day it may wind up destroying the entire Republican Party.