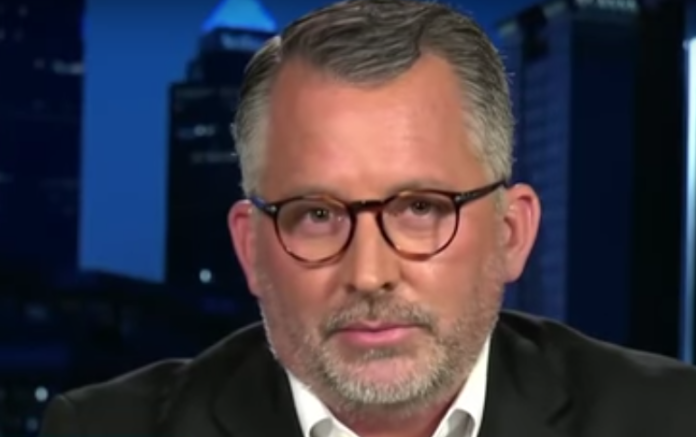 A truly damning bombshell report dropped on Thursday revealing that President Donald Trump, despite claiming that immigrants are criminals and terrorists, sought to have them released in sanctuary cities to get revenge on his political opponents. And former Rep. David Jolly (R-Fla.) condemned him for it.

Trump has frequently portrayed undocumented immigrants as criminals, calling them “killers” and “rapists” every chance he gets in an effort to make Americans believe that our country is being invaded by the worst of humanity so he can get his way on immigration policy. Trump has even gone so far as to parade so-called “angel moms” to the press at conferences and rallies in an effort to support his claims.

But if he truly believes that migrants are dangerous to Americans, why would he even think about ordering the Department of Homeland Security to release detained migrants into sanctuary cities?

According to the Washington Post, “White House officials have tried to pressure U.S. immigration authorities to release detainees onto the streets of sanctuary cities to retaliate against Trump’s political adversaries.”

It was not so long ago that White House Press Secretary Sarah Huckabee Sanders and former Department of Homeland Security Secretary Kirstjen Nielsen were claiming that Border Patrol had detained hundreds of potential terrorists at the southern border. Even Fox News anchor Chris Wallace debunked that lie.

But if the Trump administration really believed terrorists were being detained at the border, that means Trump wanted to release potential terrorists into American cities to punish his political opponents, thus placing the lives of millions of Americans in jeopardy in the process.

That’s not only treasonous, it’s sociopathic as Jolly pointed out on Twitter while criticizing Trump’s plan.

The sick part about this is if the Trump Administration truly believes *its* narrative that the caravans are violent and (as recent as January) included ISIS members, then the Administration was acting with a raw sociopathy targeting specific communities with criminal activity.

This action should make Trump’s own supporters absolutely sick to their stomachs. Their dear leader actually schemed to release people he portrays as murderers, rapists and terrorists on the streets of American cities. And some likely are dangerous people who should not be running free on American soil.

Trump is willing to put American lives in danger to get revenge on his political opponents and that’s a step no American citizen should tolerate, regardless of what your political beliefs are.

And now that Trump has a DHS chief who is more loyal, sycophantic and willing to break laws for him, he can now put his sick plan into action.