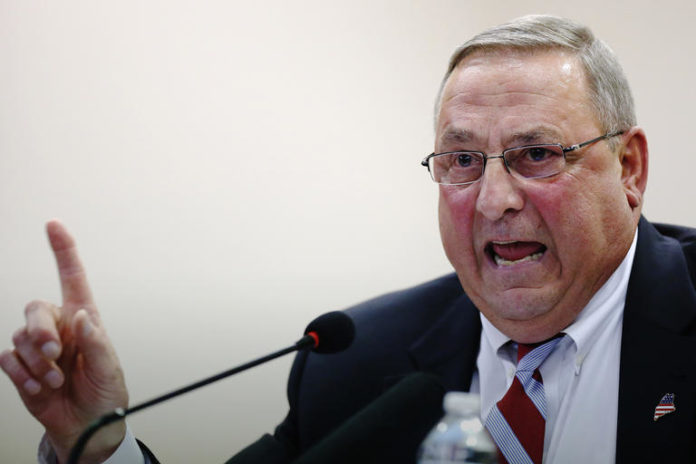 The former Republican governor of Maine, Paul LePage, says the electoral college is more important than ever because it protects white people from being subjected to a president who is chosen by “the minorities.”

In an interview with right-wing talk radio station WVOM this week, LePage was asked about a bill in the Maine state legislature that would require a state’s electors to cast their ballots for the candidate who wins the popular vote. LePage began his defense of the electoral college by saying its necessary if small states are going to remain relevant in national elections:

“All the small states, like Maine, New Hampshire, Vermont, Wyoming, Montana, Rhode Island, will all be–you’ll never see a presidential candidate again, you’ll never see anybody at the national stage come to our state. We’re gonna be forgotten people.

“Why would we give the authority to Ohio, New York, Florida, Texas, and California, and Illinois? Those five states will elect the president of the United States.”

And then LePage went off the rails:

“Why don’t we just adopt the constitution of Venezuela and be done with it? Let’s have a dictator because that’s really what you’re gonna boil down to.

“What would happen if they do what they say they’re gonna do, white people will not have anything to say. It’s only going to be the minorities who would elect. It would be California, Texas, Florida.”

Keep in mind this is the very same Paul LePage who happens to be a big supporter of President Donald Trump and has made other offensive remarks in the past.

“These are guys with the name D-Money, Smoothie, Shifty. These type of guys. They come from Connecticut and New York, they come up here, they sell their heroin, then they go back home. Incidentally, half the time they impregnate a young, white girl before they leave.”

Yep, LePage is a typical modern-day Republican, all right. At least we can be thankful he’s no longer in office.

Listen to the interview here.