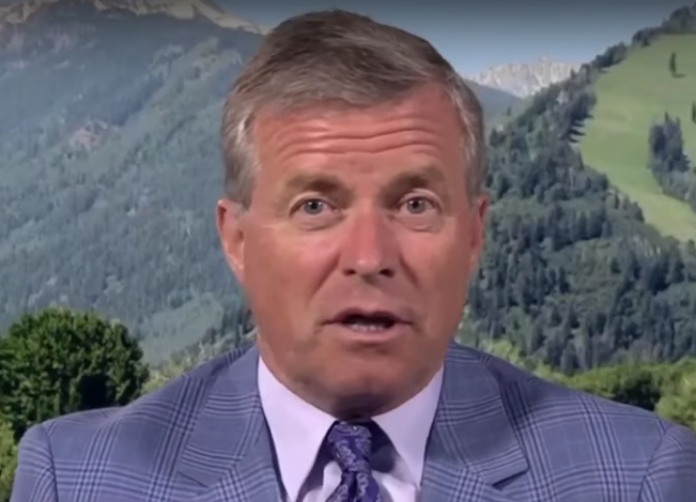 In the wake of Rep. Will Hurd (R-Texas), the last black Republican in the House of Representatives, announcing his decision to retire after the end of his current term, former GOP lawmaker Charlie Dent (R-Pa.) had words for President Donald Trump.

Hurd announced his decision earlier this week as just the latest in a string of Republicans who have decided to leave Congress ahead of the 2020 Election, an election that Republicans are in danger of being crushed in because the Senate and the White House are both up for grabs. The House, meanwhile, will likely remain under Democratic control. Hurd’s seat alone will probably flip to blue because of Trump’s obsession with building a wall nobody on the border really wants.

The announcement also came in the wake of Trump’s racist attacks on lawmakers of color, leading many to believe that Trump’s behavior may have been the last straw for Hurd.

Asked about the mass exodus from the party, Dent warned that Republicans face a shrinking party that spells disaster for the immediate future of the party.

“Look, this is part of the shrinking of the Republican Party and, really, it’s disastrous for them in the future,” Dent told CNN. “Yes, he was a Republican, he was black and he was also young — I think he’s 41 years-old so, in political terms, he’s in his adolescence.”

Indeed, Hurd could have become a veteran lawmaker, the kind of foundation a party can build a future on, but that won’t happen now. Hurd’s departure follows another high profile exodus of a black Republican when former Rep. Mia Love (R-Utah.) lost in 2018 because of Trump and his racism.

“It demonstrates something under Donald Trump,” Dent continued. “How do people like Will Hurd survive? He was the lone black Republican. We know that Mia Love, who works with us now as a CNN commentator, was the first black woman Republican elected to the Congress of the United States and she’s gone.”

“I believe in great measure it is because Donald Trump is president of the United States,” he said. “Just listen to Donald Trump after she lost. What did he say? “I’m going to help you get back the next time? He said you ‘didn’t show me enough love, you didn’t like me enough,’ right? ‘You didn’t support me enough — that’s why you went down.’”

As one of Trump’s critics, it’s likely Hurd could have been primaried and would not have received support.

And that’s why Dent says Trump is killing the party from within.

“No, President Trump, you’re destroying your own party and you’re reducing your own party and that’s why I think the future looks so bad,” he concluded. “Here’s the other thing: it is not just that they have a problem with minorities, but they also have a problem with women. So how is it that you build a coalition into the future so that you have a national presence as a party?”

If Republicans don’t want their party to become extinct, they need to start panicking about what Trump is doing, because white racists won’t be enough to help them win elections in the long-term.