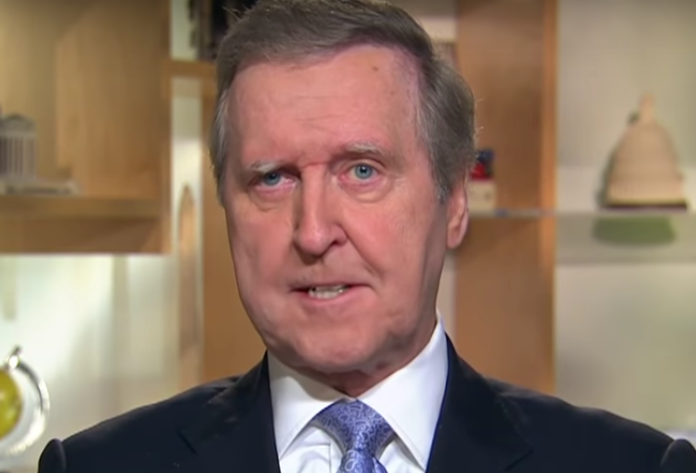 Former GOP Rep. William Cohen (R-Maine) served during the Watergate impeachment inquiry in 1974. In fact, he was a member of the House Judiciary Committee. And now even he is calling for Republicans to support impeaching President Donald Trump.

Special Counsel Robert Mueller delivered damning remarks on Wednesday about his final report on the Russia investigation, making it clear his team did not exonerate Trump and that if he had found that Trump hadn’t committed any crimes, he would have included that in the report. Instead, Mueller listed ten instances of obstruction in the report.

While Democrats are issuing more calls for impeachment in the wake of Mueller’s remarks, Republicans are still in denial, Rep. Justin Amash (R-Mich.) being the lone exception.

But now Cohen has written an op-ed for the Washington Post urging Republicans in Congress to start speaking up in support of impeachment, especially if they already privately agree that Trump should be impeached.

“Republicans have taken the position that Mueller’s redacted report has resolved all issues of alleged presidential collusion with the Russians and obstruction of justice. Case closed,” Cohen wrote. “This is not a tenable position. The Mueller report has raised nearly as many questions as it has answered. But more important, as someone who legislatively helped craft the original Office of Special Counsel, I can attest that Congress never intended to subcontract out its investigative powers to the executive branch.”

“The silence of Republicans today in the face of presidential behavior that is unacceptable by any reasonable standard is both striking and deeply disappointing,” Cohen continued, going on to explain what some Republicans allegedly think in private.

“When one talks privately to some Republican members about a president who lurches from tweet to taunt; who, according to those who have worked closely beside him, is incapable of telling the truth even in mundane situations; who accepts the word of Vladimir Putin and rejects the unanimous judgment of our intelligence community that Russia launched a cyber attack at the very heart of our democracy; and whose toxic combination of egotism and insecurity distorts the basic process of governing, they express their disdain and even alarm at how he conducts the nation’s affairs,” he said. “Yet, the same members are reluctant to speak out publicly even in the face of behavior they would find intolerable by any previous occupant of the Oval Office.”

Cohen then urged Republicans to do their duty to the Constitution by quoting words written by English Lord Chancellor John Somers in 1691.

“As an English lord chancellor once wrote, ‘The power of impeachment ought to be, like Goliath’s sword, kept in the temple, and not used but on great occasions.’” he concluded. “If Congress cannot secure the cooperation of executive branch officials in the exercise of its oversight responsibilities, it will have no choice but to enter the temple and remove the fabled sword.”