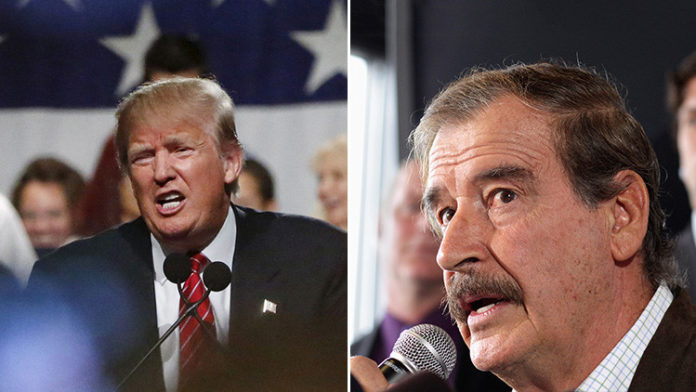 Perhaps no one on the face of the planet has trolled President Donald Trump more actively and expertly than former Mexican President Vicente Fox.

Since Trump took office, Fox has lobbed the following verbal barbs at Trump:

Now Fox is back yet again to torment the Donald. And this time he’s doing so with a T-shirt:

Thank you for all your support! @centrofox was built on the foundation of empowering leaders to take charge and give back to their communities. Help me continue to spread the message of compassion for others, by getting this apparel at https://t.co/lRhyRIWF1m pic.twitter.com/3lVcGyTLjx

Fox says the T-shirt is about much more than a wall:

“This isn’t just about the wall, it’s about ACCEPTANCE, EQUALITY and INCLUSION of all people!”

However, if you’re thinking of picking up a shirt of your own, that’s gonna be a problem. If you go to the Represent.com online clothing shop and try to order one, you’ll see this message:

Well done, Mr. Fox! Millions of Americans salute you and share your sentiments.