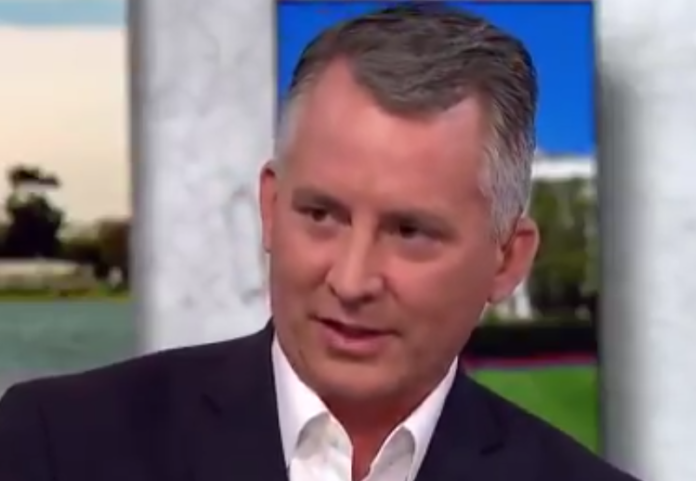 Former Republican Congressman David Jolly (R-Fla) issued a terrifying warning on Friday evening that President Donald Trump may have chosen to cancel an airstrike against Iran so he can order a strike next week during the Democratic primary debates instead.

On Thursday night, Trump ordered warplanes to bomb Iran and then reversed the order at the last minute after supposedly failing to ask about a casualty assessment. The whole incident has since been mocked as a failure of leadership and as a demonstration proving that Trump is incompetent.

Our country came close to starting a major war in the Middle East. But Jolly fears that Trump may be thinking of ordering an airstrike again next week to distract from the Democratic primary debates on Wednesday and Thursday.

Noting that Trump is all about ratings, Jolly warned that Trump may try to steal the spotlight from Democrats and make the debates all about himself by attacking Iran next week.

“I’m concerned going into Wednesday and Thursday of next week, when the Democrats have their debates, what is this president going to do on matters of national security, on immigration,” Jolly concluded. “I’m afraid this strike package gets moved a week, in the middle of the debate. I know that’s crazy, and maybe it is, but we are seeing this president try to flood the zone on the media cycle for next week, it’s already in place.”

“This is a TV show to [Trump]… He sees his entire presidency as a branding exercise… It’s not the poll numbers that matter to him, it’s the ratings. This is a ratings week for him.” – @DavidJollyFL w/ @NicolleDWallace pic.twitter.com/rGNoyn2jQb

Such a move would most certainly force the media and the nation to focus on Trump and his effort to drag America into yet another costly and bloody war. The debate would likely be interrupted by breaking news as Trump literally starts a war for attention in an effort to thwart the democratic process.

As a nation, we must remain vigilant to the threat Trump poses to our democracy and our Constitution. He’s dangerous, and with the military at his command, he’s even more dangerous.