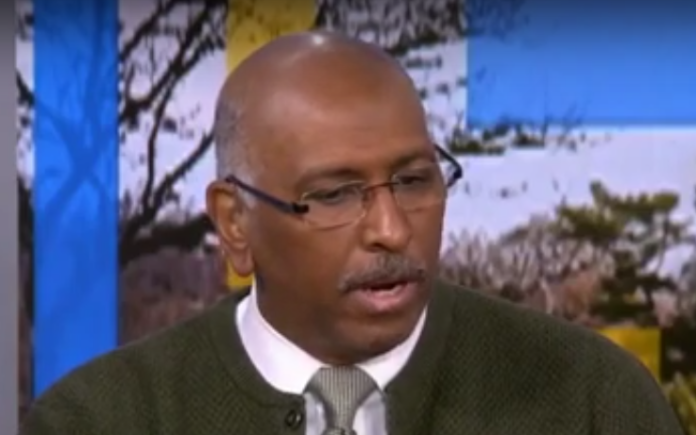 In a shot aimed directly at President Donald Trump and Rep. Devin Nunes, former RNC Chair Michael Steele mocked the fact that Trump no longer has protection in the House of Representatives and no longer has an informant.

Since Democrats took over the House on Thursday, there has been a flurry of activity aimed at holding Trump accountable for his scandals and alleged crimes, including articles of impeachment that were filed the very same day shortly after House Speaker Nancy Pelosi (D-Calif.) took the gavel and delivered a brutal speech burning Republicans to the ground.

It’s a new experience for Trump, who enjoyed being shielded by House Republicans for the last two years, but it’s just as different for House Republicans because they can no longer obstruct accountability, nor can they act as Trump’s informants on investigations.

Steele, who successfully guided the Republican Party to victory in 2010 to take control of Congress from the Democrats, spoke to Joy Reid about how Democrats taking over will change the game for the GOP.

“The president’s reality has changed,” he began. “He is now dealing in a space where he does not have someone who will come in the dead of the night and give him state secrets on what’s going on, on the Hill and where the investigations are. He does not have the wall of protection that the Republican Party had given him for the past two years.”

Indeed, Steele was referencing Nunes, who infamously recused himself from the House Intelligence Committee in April 2017 after he got caught delivering information on the committee’s investigation of Russian interference in 2016 Election in order to help Trump undermine it. Nunes also released a misleading memo in order to undermine the Russia probe and then prematurely ended the committee’s investigation while ignoring evidence and not hearing more witnesses.

Trump has frequently whined about leaks, but Nunes was a leak on the committee, not to mention a saboteur, and now he is powerless to do the same thing again now that Democrats are in charge.

Republicans are also powerless to stop Democrats from issuing subpoenas for Trump’s taxes, testimony from administration officials, and even charge witnesses who lie with perjury.

Steele would also go on to point out that while Republicans control the Senate, some Republicans are already breaking with Senate Majority Leader Mitch McConnell (R-Ky.) over the shutdown, which has entered its third week because Trump and Republicans refuse to fund the government without funding for a useless border wall.

And to make matters worse for Trump and the GOP, a majority of Americans oppose the wall and blame Trump for the shutdown.

The bottom line is that House Republicans can no longer be Trump’s security blanket. His legal problems are about to get a whole lot worse as Democrats open the floodgates to examine every little detail of his finances, his ties to Russia and his effort to obstruct Special Counsel Robert Mueller.

Trump is now finding out what it’s like when Congress really acts like a legitimate check on the executive branch.