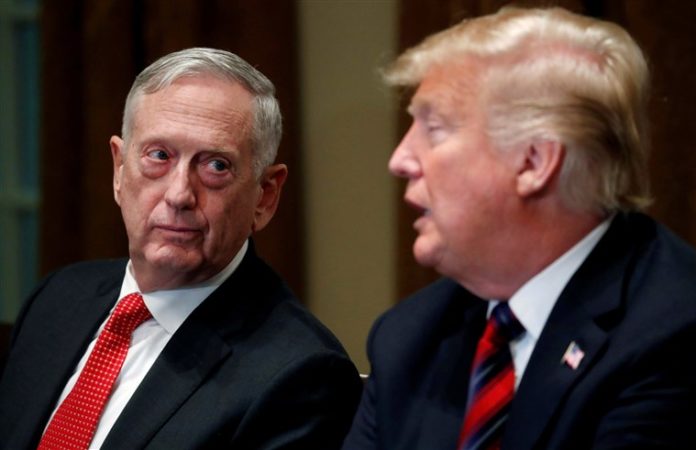 When he left the Trump administration a year ago, it was believed that former Secretary of Defense James Mattis was sick and tired of President Donald Trump’s erratic style as commander-in-chief and lack of a cohesive strategy to deal with the many national security threats facing the United States.

In a new essay taken from his upcoming book, Call Sign Chaos: Learning to Lead, and published by the Wall Street Journal, Mattis makes it clear that Trump’s leadership style and abandonment of our traditional allies played a role in his resignation. Mattis writes:

“Using every skill I had learned during my decades as a Marine, I did as well as I could for as long as I could. When my concrete solutions and strategic advice, especially keeping faith with our allies, no longer resonated, it was time to resign, despite the limitless joy I felt serving alongside our troops in defense of our Constitution.”

“Nations with allies thrive, and those without them wither. Alone, America cannot protect our people and our economy.”

And in what is clearly a direct accusation against Trump, Mattis notes that heated rhetoric is not the way problems are solved; strategic thinking is needed:

“At this time, we can see storm clouds gathering. A polemicist’s role is not sufficient for a leader. A leader must display strategic acumen that incorporates respect for those nations that have stood with us when trouble loomed. Returning to a strategic stance that includes the interests of as many nations as we can make common cause with, we can better deal with this imperfect world we occupy together. Absent this, we will occupy an increasingly lonely position, one that puts us at increasing risk in the world.”

Perhaps most chilling is a warning from Mattis that our entire system of representative democracy is under attack by those who have been elected to protect the rights enshrined in the foundational documents and shared values that have made the United States such a special nation:

“All Americans need to recognize that our democracy is an experiment — and one that can be reversed. We all know that we’re better than our current politics. Tribalism must not be allowed to destroy our experiment.”

Mattis is right, of course. We are indeed under attack, and the threat comes from the person who is supposed to unify and protect us. If a man like James Mattis can see what’s happening, then it’s time for all of us to wake up and do what we can to make sure Donald Trump is a one-term president.