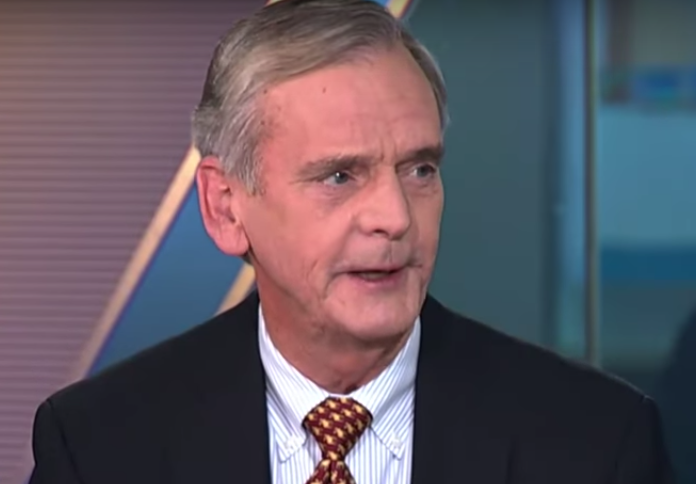 Former Senator Judd Gregg (R-N.H.) used to serve on the Senate Budget Committee, so he knows a thing or two about the economy and what the government can do to help it grow or screw it up. So, when it comes to President Donald Trump’s trade war, Gregg freely admits a recession is coming.

Trump’s trade war against China, and several others nations that we often forget about, has irreparably harmed farmers across the country. The head of the Farm Union has warned that it will take decades for farmers to recover if it is possible for them to recover at all.

The trade war has even taken a toll on manufacturing, and all while the costs of the tariffs are passed on to American consumers, who are the ones really paying them despite Trump’s claims otherwise.

Obviously, the stock market has been responding negatively and fears of recession have only spiked among economists.

Republicans in Congress, of course, are in denial because standing up to Trump is just not something they are willing to do.

But Gregg is no longer in Congress, so he has nothing to lose by criticizing Trump’s trade war and admitting that a recession is imminent.

“Tariffs as assessed by this president and his aide de camp Peter Navarro are essentially a massive national sales tax laid on the back of the American consumer,” he continued. “This tax in turn clogs the country’s economic growth engine. It creates a business expense that is not recoverable and has no worth.”

Gregg also alarmingly pointed out that while Trump publicly brags about the value of the dollar when it goes up, he’s actually working to weaken it by causing a recession and demanding the Federal Reserve cut interest rates. Presumably, a weak dollar would benefit him financially. After all, Trump’s policies are designed to make sure he benefits which is why he signed tax cuts for the rich and why the military is staying at his struggling resorts on the taxpayer dime.

Gregg then explained that a recession is coming, even as Trump keeps insisting that the economy is strong.

“The snowball of a recession has begun to roll,” he wrote. “When the mindset of American business shifts from expansion to defensive restructuring, a recession cannot be far behind. If all the folks who are responsible for energizing growth are getting ready for a slowdown, then the slowdown will come. Once that snowball has started to roll, it is difficult — maybe impossible — to stop.”

“The irony is that, if this recession occurs, it will be the first one since the Second World War to be purely self-inflicted,” he concluded. “Of course, the president will blame it on the Fed.”

Ultimately, Trump can try blaming it on anyone he wants, the bottom line is that he is in charge and most Americans will rightfully blame him for the economic collapse, which could very well strike in 2020 as the next presidential election looms. That spells disaster for Republicans, and it’s too late for them to do anything about it.