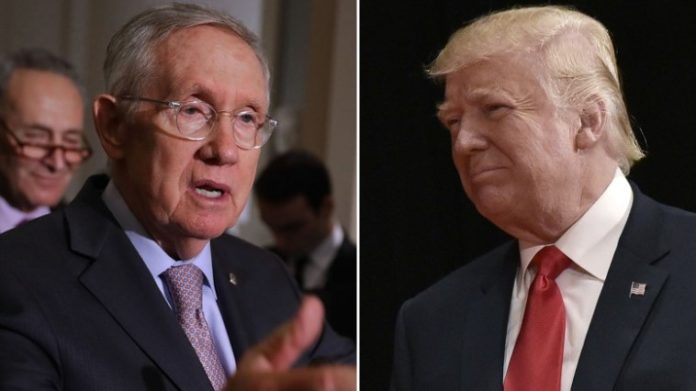 Former Senate Majority Leader Harry Reid (D) has never been afraid to express himself, and he’s doing so again in an exclusive interview he gave to Mark Leibovich of The New York Times magazine.

Sadly, Reid, 78, recently received a diagnosis of pancreatic cancer and won’t live much longer. So he’s making the most of the time he has left and letting the world know exactly what he thinks of the way President Donald Trump is trying to destroy the country.

Asked about the current American head of state, Reid let loose with both barrels:

“Trump is an interesting person. He is not immoral but is amoral. Amoral is when you shoot someone in the head, it doesn’t make a difference. No conscience. I think he is without question the worst president we’ve ever had. We’ve had some bad ones, and there’s not even a close second to him.” He added: “He’ll lie. He’ll cheat. You can’t reason with him.”

“I do not call Schumer. I call him once in a while — not weekly. Let’s say monthly I may call him.”

The incoming Speaker of the House, Nancy Pelosi (D-CA) is a different story, and Reid seemed almost giddy when speaking about Pelosi:

“I talk to Nancy often. I love Nancy Pelosi. We did so many good things, and we still talk about that.”

Reid also questioned why exactly former Attorney General Jeff Sessions and White House chief of staff John Kelly didn’t leave the Trump administration sooner, given how they were constantly ridiculed by the president:

“Why in the hell didn’t Sessions leave? Same with Kelly. I’d say, ‘Go screw yourself.’ I could not look my children in the eye.”

In the past, Reid has dismissed Trump as a “spoiled brat,” dubbed him a “con man,” and labeled him a “human leech.” All of those are apt descriptions, but his latest assessment of the current president is particularly on point: Trump has no conscience and no morals whatsoever. That alone makes him a gigantic threat to the republic.