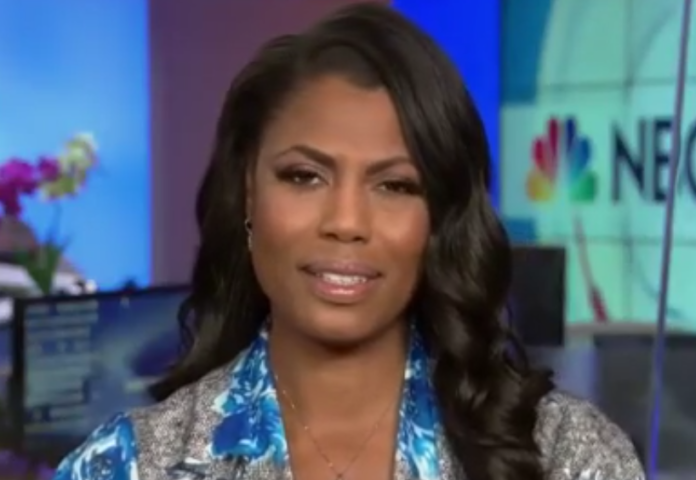 Former longtime Trump staffer Omarosa Manigault Newman dropped a bombshell claim on Saturday during an interview with Al Sharpton on MSNBC that the White House destroyed boxes of evidence that should have been delivered to Special Counsel Robert Mueller.

President Donald Trump and his defenders constantly claim that his administration is the most transparent in history and that he fully cooperated with Mueller’s investigation by providing every document requested by his team.

But that’s apparently not the case according to Omarosa, who says the White House destroyed at least five boxes of documents that could have provided evidence to several investigations Trump is embroiled in, including his inauguration, the transition and his campaign.

“I think it’s important to realize that very early on in the administration, we got letters directing us to preserve all information related to the Mueller investigation, all investigations, any information, any emails, any correspondence,” she told Sharpton. “We had a clear directive to preserve those documents, preserve emails, preserve text messages.”

“So I thought it was very interesting that after my discussion with [White House chief of staff] General Kelly in the Situation Room when I went to take my things, I was instructed that I had to leave seven boxes of documents that came from the campaign, the inauguration, the transition, and they would not allow me to get them,” Omarosa continued. “What’s very curious to me is that, as I stated, it was seven boxes of documents, and in my emails, they only referenced two, which leads me to believe that they’ve destroyed the other five.”

This is a serious allegation that, if true, means Trump destroyed evidence in a federal investigation and obstructed justice again, just more crimes to add to the list.

And Omarosa believes Trump had even more evidence destroyed.

It should be noted that Trump fired Omarosa from her White House position last year, but she’s provided valuable insight into Trump’s presidency ever since.

“Let me be clear because I want to make sure I understand you,” Sharpton said, seeking clarification. “You say there was seven boxes, but they only referred to two? So are you suggesting that maybe they destroyed five boxes of emails that could have been evidence?”

“Oh, there’s no question,” the longtime Trump aide confirmed. “So we’ll have to see what unfolds. But I’m sure that I’m just not a one-off. I believe that this is a pattern with this administration of being disrespectful to congressional requests, of trying to use intimidation and all types of tactics to keep people silent.”

Congress and the Department of Justice must follow up on these allegations. Any U.S. Attorney’s office currently investigating Trump should be very interested in interviewing Omarosa right now and getting to the bottom of her claim. Destroying evidence is a felony, and is the kind of cover-up behavior that definitely warrants impeachment and indictment. If Trump did what she claims, it means every investigation against Trump could be missing vital information to build their cases, and Mueller’s own report has been deprived of evidence that would make it even more complete and could have changed the conclusions drawn. That means the report we have seen should be even more damning.