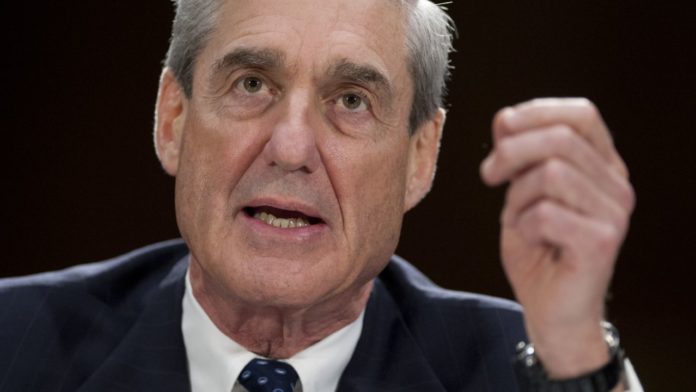 A former member of President Donald Trump’s legal team is speaking out regarding the president’s constant criticism of Special Counsel Robert Mueller and the ongoing Russia probe, and it’s safe to assume that Trump won’t like what he has to say.

Ty Cobb told ABC News that he considers Mueller “an American hero” and that despite what the president may say, the Russia investigation is not a politically motivated hoax:

Cobb went on to note that he doesn’t think Mueller’s report will directly implicate Trump in the larger Russia conspiracy:

“There’s no link to Trump or the campaign. The same thing with Manafort — they just filed an 800-page sentencing memorandum, and in 800 pages there’s no reference to collusion.”

The former White House attorney also commented that he never considered himself to be representing Trump. Instead, he insisted his loyalties were to “the institution” of “the presidency.”

John Dowd, another former attorney to the president, has called the Mueller probe “one of the greatest frauds this country’s ever seen,” but Cobb said he disagreed with such an assessment, adding that Mueller is one of the most honorable men he’s ever known:

“I think Bob Mueller’s an American hero … even though he came from an, arguably, privileged background, he has a backbone of steel. He walked into a firefight in Vietnam to pull out one of his injured colleagues and was appropriately honored for that. I’ve known him for 30 years as a prosecutor and a friend. And I think the world of Bob Mueller. He is a very deliberate guy. But he’s also a class act. And a very justice-oriented person.”

Asked about Trump’s endless attacks on Mueller and the Russia investigation, Cobb said he had advised against such a strategy:

“In my first nine-and-a-half months … I was able to prevent the president from going on the attack against Mueller. It wasn’t really until Dowd sent out a critical tweet of Mueller and Rudy joined the team that the president felt unleashed.”

Cobb also told ABC that Trump is badly served by the staff he has around him:

“It would be disingenuous to suggest that the president doesn’t need a better [human resources] team and that some of the people that have been chosen and [been] put in significant roles have not performed as he may have hoped — or as voters may have hoped.”

Now that Congress is also investigating, Cobb doesn’t think things are going to get better for the president, even if Mueller’s report doesn’t implicate him:

“All these people are hell bent on issuing a lot of subpoenas to get to the administration and perpetuate this investigation.”