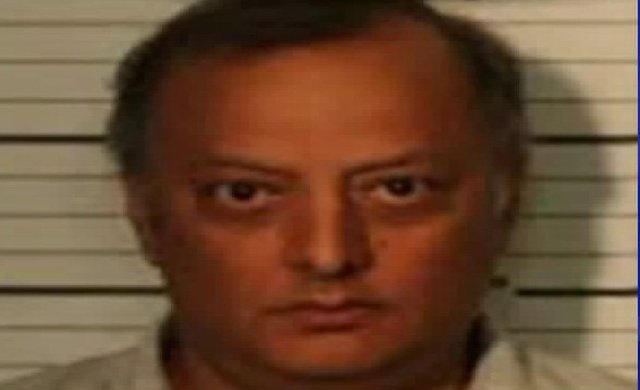 Though you’ve probably never heard of Dinesh Chawla, at one time he was about to become a partner in the building of hotels in Mississippi and Ohio with none other than the Trump Organization.

The plan to build the hotels and have them carry the Trump brand name later fell through.

Now, however, in an odd twist, Chawla has been arrested and charged with stealing luggage from the Memphis airport, according to local TV station WREG:

Arrest records show he was seen taking a suitcase off the baggage claim belt on Sunday. Police say he put the bag in his vehicle, then returned to the airport to catch a flight.

While he was away, police towed his car and say they found several bags that had been stolen, containing thousands of dollars worth of items.

Chawla was then arrested Thursday when he returned to Memphis.

Police say he confessed to investigators that he stole the bags.

The deal Chawla and his brother, Suresh, had made with the Trump Organization was ambitious. It included starting two new hotel chains, Scion and American Idea. The Chawlas were to build the hotels and allow the Trumps to manage and handle branding of the properties.

Yet in February, the Trump Organization suddenly announced that it was “suspending its expansion plans for the Scion and American Idea hotel brands in Mississippi.”

Despite the Trump pullout from the deal, the Chawlas said they still had plans to invest at least $20 million in a least one hotel planned for construction in Cleveland, and Suresh Chawla even praised the Trump involvement in the deal:

“(The Trumps) have been a godsend to us in terms of ideas, whether it be marketing or anything to help us improve our operations and design. We’ve never built a four-star hotel before.”

For their part, Trump Organization executive vice president Eric Trump blamed the media and others for the breakdown of the deal:

“We live in a climate where everything will be used against us, whether by the fake news or by Democrats who are only interested in presidential harassment and wasting everyone’s time, barraging us with nonsense letters. We already have the greatest properties in the world and if we have to slow down our growth for the time being, we are happy to do it.”

Eric also suggested that the Trump Organization plans to partner with the Chawlas at some point in the future:

“We’d certainly love to get back in that market, and certainly with the [Chawla] brothers. . . . That time will come.”

One wonders if the Trumps are as eager as they once were now that Dinesh Chawla is accused of being a thief.