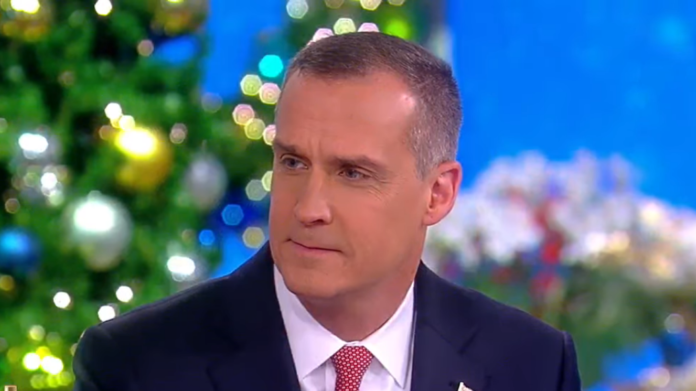 Does Vice President Mike Pence think he’s going to be president before much longer? Or is he just making moves to bolster help Donald Trump and Republicans in the 2018 midterm?

The addition of Lewandowski, according to Marty Obst, who oversees the PAC and is a top adviser to Pence, is part of a larger strategy designed to support the president:

“This is all in preparation for the re-elect. Our goal is to support the president’s agenda, support candidates who do the same. That’s the whole purpose of the leadership PAC.”

But Pence has been making numerous behind the scenes moves that suggest he’s expecting to step into the Oval Office because Trump will no longer be head of state.

Politico reports that a genuine rivalry has broken out between Trump and Pence. Take, for example, the recent NRA convention in Texas:

“President Donald Trump wasn’t planning to attend the recent National Rifle Association convention — that is, until he learned that Vice President Mike Pence would be giving the keynote address.

“That led to a change of plans in the West Wing, according to two people familiar with the arrangement, and nearly a week after the NRA announced Pence would speak, the president was added to the schedule to speak moments after Pence.”

Ever the eager sycophant, Pence has refused to publicly comment on the growing rift between him and the president, but subtle hints are in evidence that clearly suggest the Veep may be seeking a larger role in the administration other than cheerleader, as proven by the hire of Lewandowski, who has long been considered a Trump loyalist:

“The PAC, which finances Pence’s travel around the country to stump for GOP candidates and cuts checks to favored members of Congress and governors, has been viewed by some as a vehicle for Pence to pursue his own ambitions beyond the vice presidency. Lewandowski’s move, which was first reported by Fox News, puts one of the original Trump loyalists at the heart of Pence’s political camp.”

And no matter what he does, Pence’s future is inextricably linked to Trump’s, according to Ari Fleischer, who served as press secretary for George W. Bush:

“Mike Pence, while having a political future, has been 100 percent loyal to Donald Trump, which may or may not present Pence issues down the road. What Mike Pence wisely recognizes is his wagon is hitched to Donald Trump no matter what.”