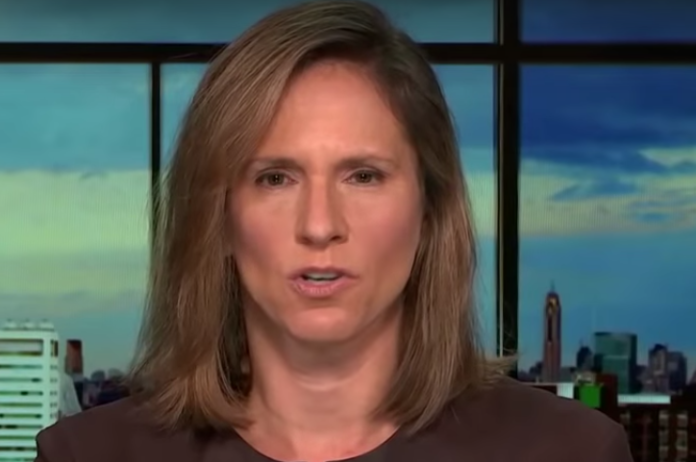 Earlier this week, a bombshell CNN report revealed that Trump believes the Attorney General is supposed to be his personal protector and that Trump specifically threw a tantrum at Whitaker for not doing anything to intervene in an investigation by the Southern District of New York.

“Trump was frustrated, the sources said, that prosecutors Matt Whitaker oversees filed charges that made Trump look bad,” CNN reported. “None of the sources suggested that the President directed Whitaker to stop the investigation, but rather lashed out at what he felt was an unfair situation.”

“The previously unreported discussions between Trump and Whitaker described by multiple sources familiar with the matter underscore the extent to which the President firmly believes the attorney general of the United States should serve as his personal protector. The episodes also offer a glimpse into the unsettling dynamic of a sitting president talking to his attorney general about investigations he’s potentially implicated in.”

Apparently, Trump had hoped Whitaker would prevent damning testimony by his former fixer Michael Cohen from being publicly revealed, including Cohen’s admission that he lied to Congress for Trump about Trump Tower Moscow negotiations that carried on much deeper into 2016 than Trump has claimed.

Cohen also implicated Trump in two campaign finance felonies involving the payment of hush money to two women during the election to cover up affairs he had with them.

So, Trump wanted Whitaker to do something to interfere with the investigation, regardless of whether he actually told him to stop it directly.

But that doesn’t matter, according to Mimi Rocah, who told MSNBC on Saturday that Trump likely obstructed justice by even approaching Whitaker to complain about the SDNY investigation

“Whether he actually said the words, you know, ‘stop this investigation, shut it down,’ is not really important,” she began. “That doesn’t dictate the results here.”

“This to me is — just based on what we already know — is a pretty clear, raw, blatant attempt at obstruction,” Rocah said. “Whether it actually succeeded or not depends on what Whitaker’s response was. Did he try to talk to someone in the Southern District? If the president of the United States is expressing, you know, such extreme displeasure that it is described as ‘lashing out’ about the fact his name, his conduct frankly, has been part of the Southern District investigation, that’s really the same thing, without saying those words.”

“If you think about it in terms of, not the president, but think about just an ordinary person out there who is being investigated for something, and his co-conspirator pleads guilty and gets charged,” she continued. “If that person walked up to the prosecutor on the street who is doing the case and said, ‘I don’t like my name being mentioned, you know, this makes me mad.’” They don’t need to say, ‘back off’ or ‘drop the charges’ or ‘stop investigating.’ That standing alone could likely be part of an obstruction charge.”

“And here it is the president of the United States. It is not only unethical, I think it is likely criminal,” Rocah concluded.

In short, Trump is his own worst enemy and his attorneys need to do more to restrain him. Not only is he incriminating himself by talking and tweeting, but by his behavior, and it really looks like Trump is desperately trying to cover up his crimes by pressuring his acting Attorney General to interfere for him. This is why Whitaker must recuse himself from overseeing any of these investigations.