The United States Blues
Home News Former U.S. diplomat shows us what a ‘clear and present threat’ to... 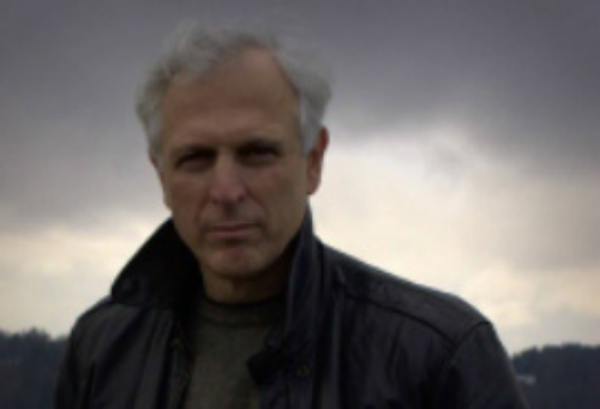 President Donald Trump actions revolving around national security in recent weeks has former American diplomat James Bruno sounding the alarm about just how deadly a threat he is should Russia get more aggressive against the United States.

As we all know, Trump recently lashed out at his own intelligence chiefs for contradicting all of his claims about Russia, Iran, North Korea, and ISIS.

He has also worked particularly hard to give Russian dictator Vladimir Putin anything he wants, from lifting sanctions on Russian companies to withdrawing troops out of Syria to waging a trade war against China that benefits Russian farmers.

In addition, Trump insists Russia did not meddle with the 2016 Election despite evidence proving otherwise, and the FBI opened an investigation suspecting him of being a Russian asset, which was only bolstered after it was revealed that Trump goes to desperate lengths to keep his private talks with Putin a secret.

But it was when Russian fighter jets flew inside American airspace that Bruno, who served as a diplomat in Southeast Asia, the Middle East, and Cuba during a State Department career spanning 23 years, is most concerned about because Putin appears to be testing our national defense apparatus as Trump continues to weaken it.

In a column for the Washington Monthly, Bruno wrote that “Putin’s message is clear: Russia is a great nation and the United States is vulnerable.”

“Such close encounters have occurred sporadically since the Cold War,” Bruno said. “So far, these close calls, sometimes measured in yards and feet, have not resulted in calamity. But they easily could. If so, how would things play out? Is the Trump administration capable of handling a serious international crisis soberly and methodically?”

Just as feckless European powers a century ago let the assassination of a Balkan archduke lead to world war, an incompetent U.S. president, dismissive of his national security apparatus and operating in a policy vacuum, puts our security at serious risk. As President John F. Kennedy once said, “Domestic policy can only defeat us. Foreign policy can kill us.”

Indeed, and there are so many American lives at stake, not to mention the millions of lives in Europe should Putin realize his dream of killing the NATO alliance, which he appears to be doing through Trump, who refuses to accept national security advice from our best experts, instead relying on himself and whatever Fox News and Putin feed him.

“Without the collective input of experts and policymakers in multiple government agencies, bad decisions might have been made with dire consequences,” Bruno wrote. “Decision-making in the current administration, however, is overly centralized in the hands of a highly ideological and hawkish National Security Advisor John Bolton—and a whim-driven president.”

“Through instigating a rift with our NATO allies, threatening to pull out of the World Trade Organization, coddling despots, downplaying human rights, and abandoning the Paris climate change accord and Iran nuclear deal, the president has diminished America’s capacity to lead on the world stage,” Bruno continued.

As Trump continues to weaken our democratic institutions and sabotages the post-World War II alliance that is the cornerstone of our national security along with our ability to gather actionable intelligence to prevent crises, Putin will only continue testing American military resolve and effectiveness, which could become a full-fledged war that Trump is ill-equipped to handle, assuming he won’t be handling it badly on purpose on Putin’s orders.

Bruno concluded that Trump is driving the United States toward defeat and disaster.

The fully professional U.S. military chain of command functions as it should. But it requires orders from the commander in chief. Yet, as of this writing, there is no secretary of defense. There is no adequately functioning interagency policy process. The president ignores the intelligence reports and policy papers put before him. Our gutted and hack-dominated diplomatic machinery stalls in place. Maybe Trump heeds funky signals from Putin not to respond. Maybe he responds with fire and fury.

We don’t know what would happen. All we know is that the security apparatus that has kept America safe for decades is being eroded. If the United States really had to deal with an emergency, the guardrails that once existed would be impossible to resurrect, and the policymaking machinery gravely deficient. In fact, Trump is making it all the more likely that any crisis could quickly turn into a catastrophe.

These excursions by Russian fighter jets could just be a preview of what Putin intends to do next to test how well his puppet in the White House is following his commands. Military leaders are concerned, intelligence officials are concerns, diplomats are concerns, and our allies are concerned. That’s why it’s time for Republicans to be just as concerned, and enough so that they finally do something to stop Trump while we still have a Republic to save.