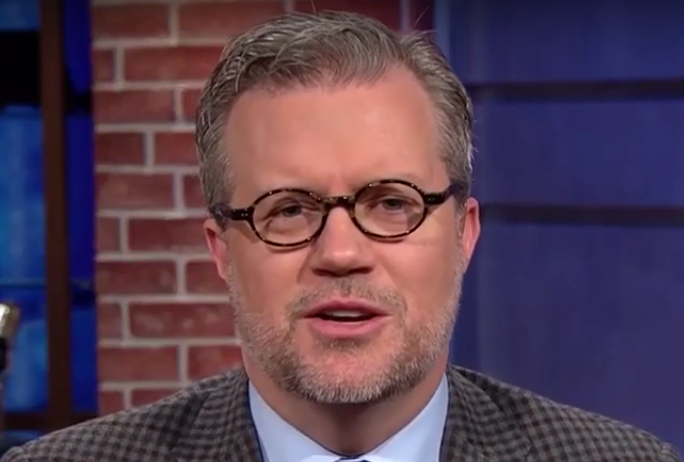 President Donald Trump’s status as an unindicted co-conspirator may be the reason why White House chief of staff chose this moment to resign his position, according to former U.S. Attorney Michael Moore.

Special Counsel Robert Mueller’s court filing on Friday dropped like a bombshell on Trump and his administration, identifying Trump as “Individual 1,” who allegedly coordinated with and directed Michael Cohen to commit two campaign finance felonies, which is an impeachable offense.

And it may not be a coincidence that Trump announced Kelly’s resignation the very next day.

As Kelly prepares to exit his job, Moore opined on Sunday morning that Kelly is abandoning ship because he knows the law is about to come down hard on President Donald Trump.

“You’re hearing the death rattle of this presidency,” Moore began. “I don’t know that we need to call the undertaker yet but it’s certainly time to pick out the cemetery. I really think we’re at a point where we are starting to see panic in the White House.”

If Kelly has an ounce of dignity and honor left, he’s using it to get out of the White House rather than continue to associate with an accused criminal whom the evidence is stacking up against. Kelly also talked to Mueller, which could have sped up his departure.

Moore, however, seems more interested in Kelly’s presumed replacement, Vice President Mike Pence’s current chief of staff Nick Ayers, and predicted that Donald Trump Jr. is about to be indicted.

“I’m particularly interested in the whole Nick Ayers transition,” Moore said. “President Trump moving him in, there’s something else afoot there. You can’t read the reports, you can’t read about the congressional testimony — the problems with the testimony — and not expect that we will see little Don Trump indicted for also giving false testimony, and I think the president and his team know that’s coming down the road.”

He then shifted back to Kelly.

“I think Kelly probably knows that the end is near,” Moore continued. “We can start to see that the noose is tightening around this. There’s no other reason for him to want to leave, and who would not want to leave the madness that goes on in the administration?”

“I think you just take all these things in particular, you take the very idea that there seems to be more information coming down both about the business transactions that Don Trump — little Don Trump was involved in. The congressional testimony stuff, and we think the president has been getting some inside information from cooperators’ lawyers during the investigation. You piece all that stuff together and I think you start to see clear panic with no real endgame for the administration.”

Trump could very well be looking at Ayers because he wants a yes-man who will stick with him to the very end, which is a career killer if Trump gets impeached or even indicted. But seeing as how chaos has been reigning inside the White House since Trump took office, we may end up seeing more Trump officials abandon the sinking ship in order to salvage what’s left of their already shredded reputations to spare themselves the indignity of drowning in Trump’s corruption and crimes.