The United States Blues
Home Economics Former White House budget director: Most of what Trump says about the... 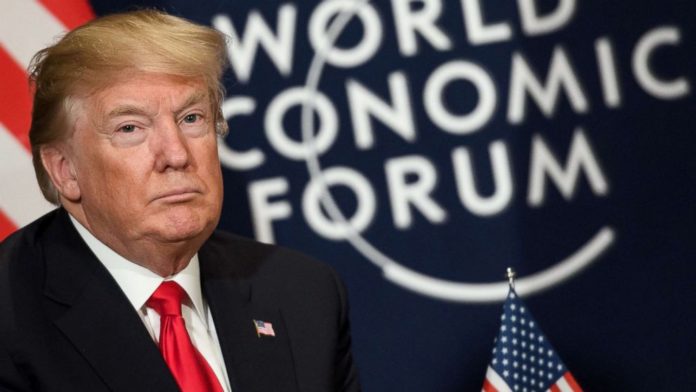 While President Donald Trump repeatedly declares that the U.S. economy is stronger than it has ever been, a former White House budget director under Ronald Reagan is warning that most of what Trump says is total nonsense.

“People ought to recognize that almost everything that Trump is saying about the economy is totally baloney.

“We’re in deep trouble. We’re at the end of a long business cycle that has been very weak, and that he’s proposed a catastrophe of a fiscal plan.”

When it comes to the budget for the next fiscal year, Stockman noted that the growing deficits are a warning sign:

“When you look at it, it’s an insult to fiscal intelligence, to say nothing of common sense, He’s proposing to add $4 trillion to the deficit just in the next four years.”

“I think that is nuts at this late stage in the business cycle. In fact, if you look at it, it will cover month 123 to month 171 of this expansion, which began in June of 2009. The reason I dwell on that is there has never been in the history of the United States been a business cycle that lasted more than 119 months, and that was the tech boom of the 1990s.”

In other words, we are due for a recession, and it could be a very bad one, even worse than the one we faced in mid-1990s that was brought on by massive tax cuts during the George W. Bush administration.

Trump is fond if pointing to the low unemployment rate and job growth numbers, but the job numbers for February (just 20,000 jobs created) may well be a leading indicator that the U.S. economy is headed for some very tough sledding in the months ahead.

None of this should surprise us when you consider that Donald Trump filed for bankruptcy SIX times! And now he seems determined to drive this country into the ground, too.