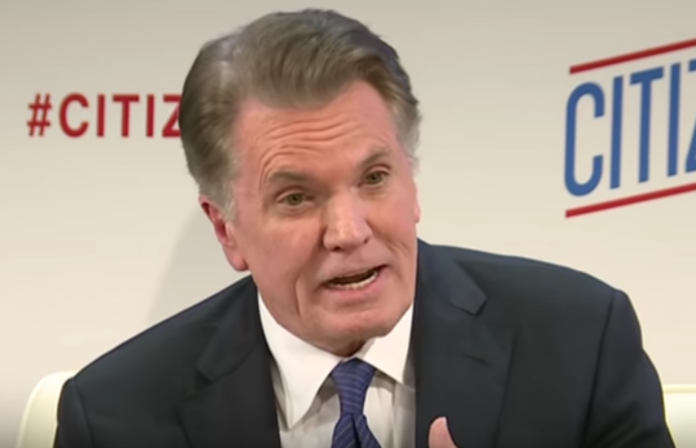 President Donald Trump’s attorney Rudy Giuliani has stuck his foot in his mouth so many times that a former White House counsel is calling upon Congress to subpoena him to testify under oath.

Jack Quinn, a former White House counsel for former President Bill Clinton, appeared on CNN with Kate Bolduan on Wednesday and urged Congress to subpoena Giuliani to “advance the ball” further in the Russia investigation, arguing that Trump’s lawyer has already made it impossible for himself to claim attorney-client privilege to duck testifying.

“Rudy is a master at sowing confusion, distraction, and denial,” Quinn began. “He has even mastered the art of denying things he said literally on the record in quotes.”

“I do have a suggestion,” Quinn continued. “Congress, if you’re listening subpoena Rudy Giuliani to one of these committee hearings. I think it’s really important that Rudy have the opportunity to testify under oath about all of the bizarre contradictions he has put in the water around this investigation into Russian interference in the 2016 campaign.”

Indeed, in just the last week alone, Giuliani has basically thrown Trump under the bus on multiple fronts, including admitting that Trump’s campaign colluded with Russia during an interview on CNN with Chris Cuomo last Wednesday.

“I never said there was no collusion by the campaign or between people in the campaign,” Giuliani said in a desperate effort to protect Trump.

He then admitted in an interview with Meet The Press that Trump might have discussed Michael Cohen’s testimony to Congress, which could include Trump directing Cohen to lie for him about the Trump Tower Moscow project.

And then he most recently slipped up by saying there are tapes that could prove useful to the Russia probe.

Clearly, Congress could benefit from Giuliani testifying. He’d be under oath and would have to tell the truth under penalty of perjury. Is he so loyal to trump that he is willing to go to prison for him?

Quinn certainly thinks it’s worth a shot, especially since Giuliani has already shredded any attorney-client privilege in these cases.

“And moreover, on so many occasions he has in ways that simply waive attorney-client privilege,” Quinn concluded. “It would really advance the ball here if we could get Rudy under oath and try to pin down what he believes to be the truth about some of these things about which he is so in confusion.”

“Rudy is a master at sowing confusion, distraction and denial. He even has mastered the art of denying thing he’s said,” former Clinton White House Counsel @quinnjack says of Rudy Giuliani

“Congress, if you’re listening: Subpoena Rudy Giuliani to one of these committee hearings” pic.twitter.com/l9pPhqIXhj

It’s much easier for Giuliani to lie to the media than it will be for him to lie to Congress now that House Democrats are in charge of the committees handling the investigation. They can pursue evidence to prove he committed perjury and refer charges to the FBI. In the end, it could be Giuliani who ends up bringing Trump down in order to save himself.