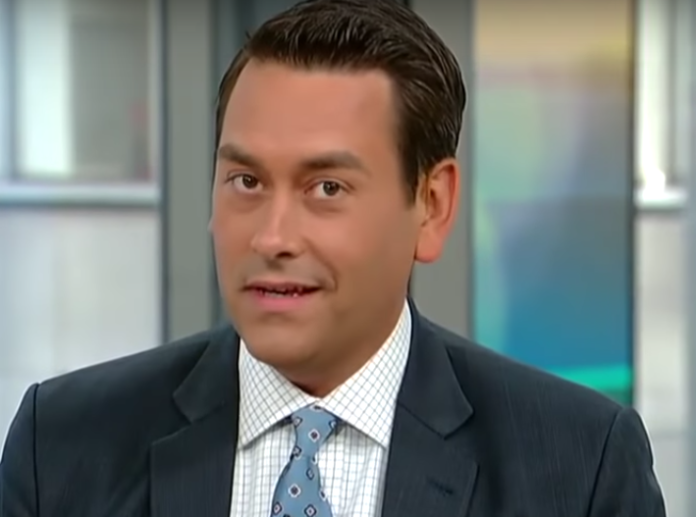 Former Fox & Friends co-host Clayton Morris is so “innocent” of real estate fraud allegations that he picked up and moved his family overseas to Europe rather than stay in the United States to fight them in court himself.

Several investors who bought into Morris’ real estate scheme in Indianapolis are trying to hold him accountable for making promises to them he had no intention to keep in his effort to persuade them to buy properties.

Morris, who runs a real estate investments company known as Oceanpointe, allegedly told them he would find tenants and rehab the properties and that all the buyers had to do is collect the rent.

Basically, they are accusing him of running a Ponzi scheme, schemes that have resulted in prison time for people like Bernie Madoff.

The investors have filed civil lawsuits against Morris, but rather than stick around and fight them, Morris uprooted his family and moved them to Portugal. He has also resorted to trying to pin the scheme on his business partner, who remains in the country despite the allegations.

His wife, Natali Morris, claimed that they take responsibility for their legal challenges.

“We have and continued to take responsibility for all of our legal challenges that came from our relationship with Oceanpointe,” she told the Indianapolis Star. “We have answered all of our attorney general requests in all states. We have answered all lawsuits. We have not run from anything,” she added. “We continue to show up for this until the last lawsuit is dismissed and it is clear that we neither had the money from Oceanpointe investors nor did we defraud anyone.”

And then she actually had the gall to excuse fleeing the country by claiming that what they are fleeing is media bias against Fox News employees.

“I am not one of those who rejects America,” she wrote on her website. “We had a good life there. But my husband and I have had a hard few years in our business and this collective soul challenge forced us to question everything. But America is polarized and if you can write a headline about a Fox News guy doing something wrong, it will get clicked on in order to reinforce people’s conviction bias, one way or another.”

In addition, she tried to drum up sympathy and pity for her husband by comparing his legal battles to fighting cancer.

“Watching him endure this has felt like what I would imagine it is like to watch him endure chemotherapy,” she wrote. “I wish I could take it from him. I wish I could fix it. I wish it were me instead. I carry a pain with me knowing that he is in pain and it is with me always. His health began to suffer. He began to withdraw emotionally and it was hard on our family. We both knew that we had to make a change if we wanted to survive.”

That’s insulting to those who have had cancer or are currently dealing with it.

The investors’ attorney, Jynell Berkshire, isn’t buying it and said all there really is to say about Morris’ relocation.