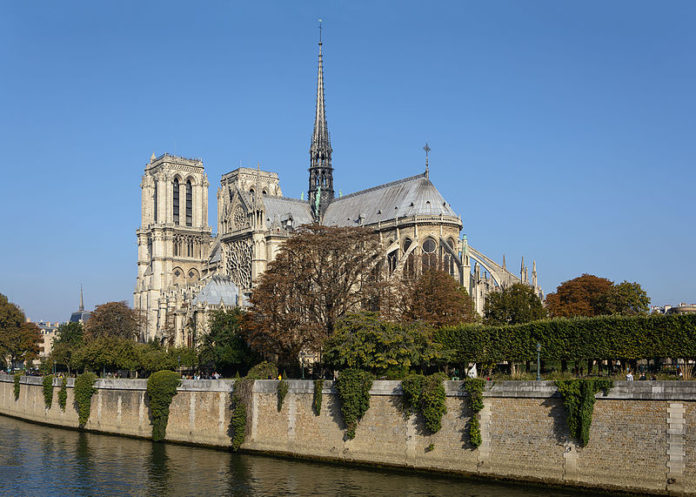 Fox & Friends distorted documented history on Tuesday morning while reporting on the fire that nearly destroyed Notre Dame Cathedral by erroneously claiming that Mary Magdalene brought the crown of thorns relic to Paris after Jesus’ death.

The flames caused pain around the globe as people watched in horror as one of the most historical Medieval cathedrals burned on Tuesday. Firefighters were able to save the structure itself, but the spire that once towered over Notre Dame collapsed and much of the inside has been lost.

It’s a human tragedy that has shocked the world, but firefighters were able to save two relics housed by the church, including the crown of thorns thought to have been worn by Jesus during the crucifixion.

“They were able to save the two most hallowed relics the cathedral is famous for, the tunic worn by St. Louis, who was a 13th-century French king, and, more importantly, the Crown of Thorns that Jesus is said to have worn,” host Steve Doocy said. “Both of those firefighters went in at the height of the storm to rescue them, and they are currently at the Paris City Hall, safe.”

“Brought to Paris by Mary Magdalene,” Ainsley Earhardt chimed in.

Except there is no record of Mary Magdalene having possession of the crown of thorns. Magdalene lived during Jesus’ time and Jesus died around 30 A.D.

The historical record shows that the crown was in the possession of Emperor Baldwin II in Constantinople (in modern-day Turkey) in 1238. The Venetians took possession of it when Baldwin could not pay a debt and then Louis IX, the King of France at the time, paid off the debt himself and brought the crown to Paris where it has been since. The crown has been kept inside Notre Dame since the end of the French Revolution.

Mary Magdalene may have traveled to France according to legend, but she was long dead by 1238, meaning she could not have brought the crown to Paris.

Fox & Friends needs to issue a correction and an apology.