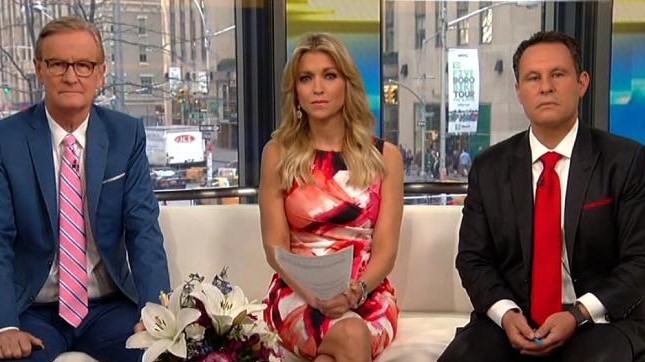 Earlier this week, Canada legalized the recreational use of marijuana, and that move has prompted some to say the United States should do the same, if only for the tax revenues that would be generated by decriminalizing pot in the U.S.

But according to the pro-Trump propagandists at Fox News, legal weed has already proven to be a giant mistake in the cities and states where it’s been tried.

“Is it a good idea, Joe I’ll start with you, to legalize pot nationwide here in the United States? Canada just did it.”

“The quick answer is no, and I think we’ll be sorry. Fortunately we have a crystal ball in this case because we can look five years later at what happened in Colorado, for instance, which legalized marijuana.”

“What happened in Colorado?”

That led Peters to claim that the legalization of pot has increased homelessness in Colorado:

“By every metric, it was a failure, in my view. Teen drug use is the highest in the country, teen drug use. Drug driving is off the charts, doubled with marijuana impaired driving. Homelessness is up. Emergency room admissions. And the black market is flourishing. Black market arrests — remember, the whole notion was we legalize it, we can control it. Black market arrests are up almost 400 percent.”

Since the good folks at Fox News decided to go the Trump route and use outright lies in order to make their point, consider what Snopes has found regarding legal marijuana in the great state of Colorado:

Cathy Alderman, Vice President of Communications at the Colorado Coalition for the Homeless, rejects the notion of a causal connection (between legal pot and an increase in homelessness, commenting:

“We don’t necessarily believe that people are moving to Colorado, becoming homeless because of legalized marijuana…We know that, among the people experiencing homelessness, marijuana use is more visible because, unlike people who can go to the dispensary, buy their product, take it home and use it, these people don’t have a home to take it to…but we haven’t really heard that because of marijuana, people are becoming homeless.”

Instead, more people are become homeless in Colorado due to the same reasons they do in so many large cities:

“A lack of affordable housing options, increasing rent…and the fact that wages are not keeping up with the cost of living and inflation.”

As usual, Fox and their right-wing echo chamber are trying to portray a modern-day “Reefer Madness” in which everyone who takes a puff off a joint goes insane, loses their home, and winds up robbing innocent bystanders in order to get money for their “addiction.” It’s the same old BS, updated for the 21st century.