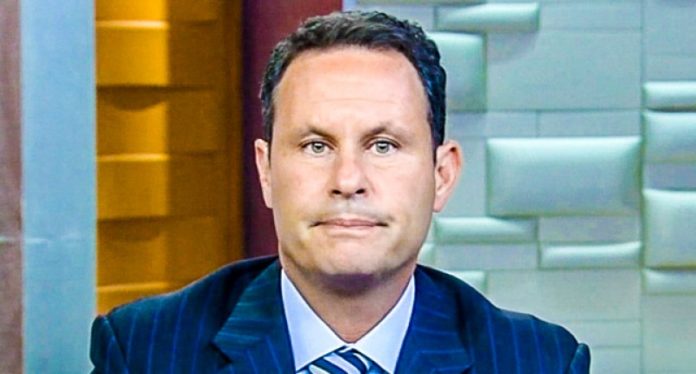 Fox & Friends host and frequent suck-up to President Donald Trump, Brian Kilmeade, made one hell of a racist Freudian slip on Tuesday morning when he claimed immigration is destroying “the color” of the country.

After a week in which Trump has not stopped his racist attacks against four Democratic women of color, which are actually inciting similar racist attacks across the nation, Kilmeade accidentally revealed the real reason why Trump and conservatives hate immigration so much.

Once again slandering Democrats by accusing them of supporting open borders, Kilmeade claimed that opposing immigration is about “culture,” not color.

“If you are against open borders or if you are concerned about immigration, you’re racist, sexist, misogynist, whatever,” Kilmeade whined. “Which you’re — it doesn’t matter — we’re not talking color, we’re talking culture.”

However, he just could not keep up that facade for even a few seconds as he followed up a remark by Ainsley Earhardt that “it’s about laws” by saying that people like him who oppose immigration “just don’t want to destroy the color of” the country before quickly realizing his slip-up and correcting himself.

“We just don’t want to destroy the color of — the culture of the country,” he said.

Brian Kilmeade warns that immigration threatens to “destroy the color of — the culture of the country.” https://t.co/2KeWb8mIST pic.twitter.com/xJd4c46WxG

When you say the word you’re trying not to say out loud.

Brian Kilmeade made one of the darker Freudian slips I’ve heard.

Brian Kilmeade: “We just don’t want to destroy the color of — the culture of the country.”

It should also be pointed out that white nationalists also use the word “culture” as a racist code word. When they say it, they are talking about white European culture. Kilmeade just used a racist white nationalist code word on Fox News and then dropped the ball by revealing what it actually means. Conservatives like Trump and Kilmeade oppose immigration because they want America to be white again.