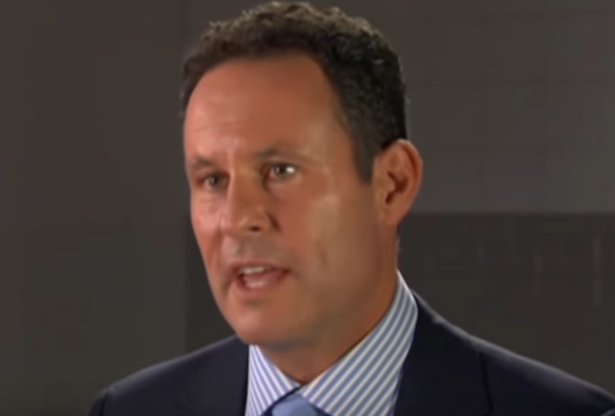 In a Freudian slip heard ’round the world on Monday morning, Fox & Friends host Brian Kilmeade compared President Donald Trump to one of the most notorious mob bosses in American history, John Gotti.

During an interview with former Secret Service agent and right-wing shill Dan Bongino, Kilmeade whined about the multiple investigations against Trump, which now encompass just about every entity or organization he has ever led.

“If you look at the president’s campaign, his inaugural committee, his administration, everyone around him, I have never seen a legal offensive attack in my life on even John Gotti,” Kilmeade complained. “Why is this allowed? They refuse to let this man be president! They’re going right for his jugular!”

Brian Kilmeade: “I have never seen an offensive attack — a legal offensive attack like this in my life, on even John Gotti. Why is this allowed? … They refuse to let this man be president … they’re going right for his jugular.” pic.twitter.com/vob8AMz9dM

Thus far, the Russia investigation has led to multiple indictments, plea deals and prison sentences and Trump is now an unindicted co-conspirator known in court documents as “Individual 1” for coordinating with and directing Michael Cohen to commit campaign finance felonies for him. Federal prosecutors are doing their jobs by the book. The evidence against Trump is pretty clear, yet Fox News continues to peddle the idea that this all just a witch hunt. Apparently, Fox News is willfully choosing to go down with Trump’s sinking ship.

The comparison to Gotti, however, may be unfortunate for Kilmeade, but it’s damn appropriate.

After all, Gotti was known for his flamboyant and outspoken personality. He loved media attention and he was also investigated for obstruction of justice, tax evasion, and witness tampering. Just like Gotti, Trump was also represented by mob attorney Roy Cohn. And perhaps most striking is that Special Counsel Robert Mueller oversaw the takedown of Gotti as the head of the Criminal Division of the Justice Department in 1992. And it’s because one of Gotti’s underbosses flipped on him just like Cohen has flipped on Trump.

History appears to be repeating itself, and Trump could be prosecuted by Mueller and he could die in prison like Gotti did, too.

This was a very big slip of the tongue by Kilmeade, and Trump more than likely heard it since he often watches Fox & Friends in the morning. Now Kilmeade will end up being forced to kiss Trump’s ring to make up for it.