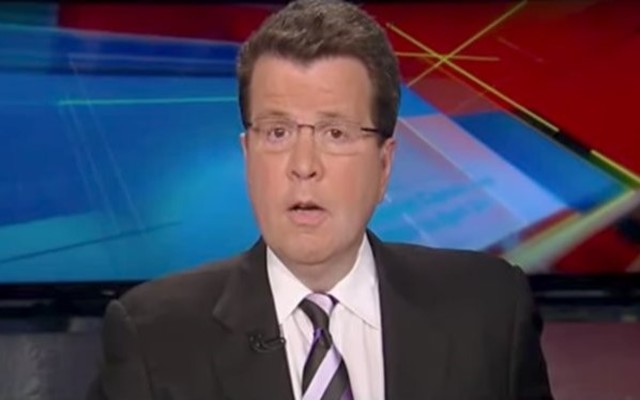 Fox News host Neil Cavuto wasn’t about to let President Donald Trump get away with claiming that his latest round of tariffs on Chinese goods would be paid by China, and he let loose with a brutal fact-check seconds after the president announced he was again raising the stakes in his trade war.

Before he left for the weekend to play golf at his club in New Jersey, Trump told reporters “the tariffs are not being paid for by our people” but “by China” because “of devaluation and because they’re pumping money in.” He then added:

“I don’t know where to begin here.

“But just to be clarifying, China isn’t paying these tariffs. You are. You know, indirectly and sometimes directly. It’s passed along to you through American distributors and their counterparts in the United States that buy this stuff from the Chinese and then have to pay these surcharges. Not the Chinese government or China in particular.”

The Fox host then said he “didn’t quite understand” Trump’s remarks about China devaluing its currency, and he immediately turned back to the cost of tariffs on American consumers:

“Be that as it may, this latest round of tariffs that kick in on September 1, on $300 billion worth of goods at 10%, that will most directly be felt by consumers directly. Because that happens on almost entirely consumer items rather than industrial-related items, but just wanted to clarify that. Our governments don’t pay these things, you do, one way or another.”

Trump’s trade war is already having catastrophic consequences across this country, from a downturn in manufacturing to the incredible financial pain it has imposed on farmers. A man who went bankrupt multiple times is on the verge of totally wrecking the largest national economy in the world. And things are going to get much worse before they get better.