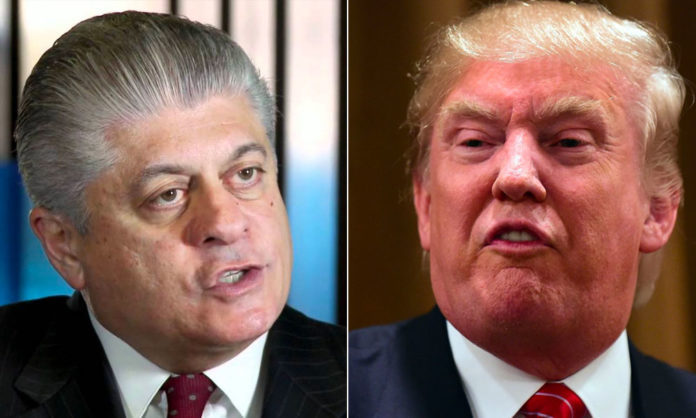 In a column he published Thursday, Fox News legal analyst Andrew Napolitano said that the obstruction of justice case laid out by Special Counsel Robert Mueller against President Donald Trump is airtight and that Attorney General William Barr should have reached the same conclusion.

Napolitano begins his op-ed by noting that Barr’s insistence the president could not have obstructed an investigation that didn’t find he had committed a larger crime is poppycock:

“The nearly universal view of law enforcement, however, is that the obstruction statute prohibits all attempted self-serving interference with government investigations or proceedings. Thus, as Georgetown Professor Neal Katyal recently pointed out, former Detroit Mayor Kwame Kilpatrick was convicted of obstruction for interfering with an investigation of his extramarital affair, even though the affair was lawful.”

Additionally, Napolitano argues, an attempt to obstruct justice need not be successful for the crime of obstruction to have taken place:

“If my neighbor tackles me on my way into a courthouse in order to impede a jury from hearing my testimony, and, though delayed, I still make it to the courthouse and testify, then the neighbor is guilty of obstruction because he attempted to impede the work of the jury that was waiting to hear me.”

The Fox legal expert also lays out specifics that prove Trump was involved in obstruction:

“Mueller laid out at least a half-dozen crimes of obstruction committed by Trump — from asking former Deputy National Security Adviser K.T. McFarland to write an untruthful letter about the reason for Flynn’s chat with Kislyak, to asking Corey Lewandowski and then-former White House Counse lDon McGahn to fire Mueller and McGahn to lie about it, to firing Comey to impede the FBI’s investigations, to dangling a pardon in front of Michael Cohen to stay silent, to ordering his aides to hide and delete records.”

Would Democrats be well within their rights to start impeachment proceedings? Napolitano said they certainly would be, but is uncertain enough Senate Republicans would be willing to convict the president.

The op-ed ends with a withering criticism of Trump:

“Ordering obstruction to save himself from the consequences of his own behavior is unlawful, defenseless and condemnable.”