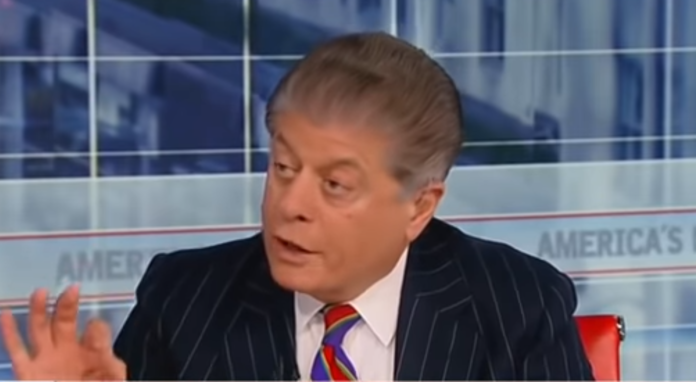 On Monday, a federal appeals court ruled that an accounting firm has to turn over President Donald Trump’s tax returns to a grand jury in Manhattan. Attorneys for the president immediately appealed the ruling to the Supreme Court, keeping the tax documents secret for now.

But as Fox News legal analyst Andrew Napolitano noted, if Trump is counting on the high court ruling in his favor, he’s likely in for a nasty surprise:

“No one is immune from the government investigating their behavior.”

Napolitano also said that he expects a ruling from the Supreme Court shortly before Christmas, which would make for a very unhappy holiday season for Trump:

“If the Supreme Court were to hear this, I think they would hear it on an emergency basis, meaning before Christmas. They know how important this is.”

Since the case isn’t part of a criminal prosecution, Napolitano added, Trump cannot claim that handing over this taxes somehow places a burden on his ability to do his job, HuffPost reports:

During an appearance on Neil Cavuto’s show later in the day, Napolitano remarked that if indeed prosecutors get Trump’s taxes and find evidence of criminal behavior, the nation would suddenly be in a situation never before seen in American history:

“If District Attorney (Cy) Vance persuades a grand jury that Donald Trump ― the private citizen before he was president ― committed a crime and he should be indicted, then we’re in virgin territory ― that has never been resolved by any court whatsoever.”

The very fact that Trump has tried so hard to keep his taxes hidden suggests there’s something explosive — even criminal — hiding in them. All the more reason we need to see them before the 2020 election so voters can make a fully informed decision on whether or not this president deserves another term in office.