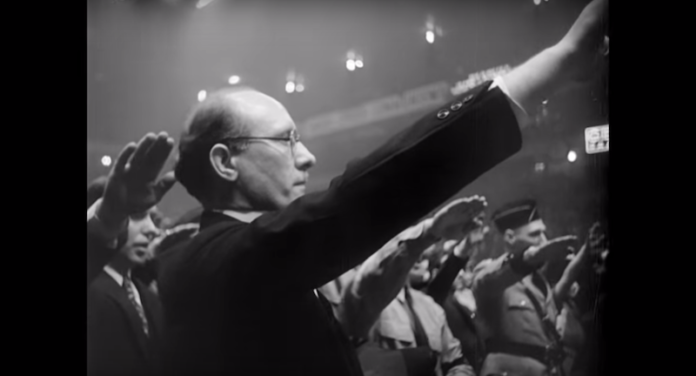 “You’re very good at what you do,” Koppel told Hannity. “You have attracted people who are determined that ideology is more important than facts.”

And since its inception, Fox News’ dedication to ideology over facts has been repeatedly confirmed, largely by the fact that their own alleged industry refuses to even recognize them as news. Fox is at it again, but this time, they’re taking the fight right to … an anti-fascism documentary?

According to the Hollywood Reporter, Fox rejected an ad buy that would’ve appeared for thirty seconds on Sean Hannity’s show:

“Fox News has rejected a national advertising buy for a 30-second spot that warns viewers about the potential dangers of American fascism after an ad sales representative said network leadership deemed it inappropriate.”

Initially, the documentary hadn’t planned to air on Hannity’s, but their original time had been taken up by breaking news coverage of the president’s rally at the border. Not to mention that it’s exactly the kind of content that Hannity’s viewers could benefit from watching.

A Night at the Garden was nominated for an Academy Award this year, and recounts a 1939 Nazi rally in New York City. With spates of hate crimes, rallies like Charlottesville, and the president’s own incendiary rhetoric, a documentary about the past might be instructional for what direction we could be headed in.

In a statement to THR, the film’s director, Marshall Curry said, “The film shines a light on a time when thousands of Americans fell under the spell of a demagogue who attacked the press and scapegoated minorities using the symbols of American patriotism.”

Unfortunately, as long as the executives at Fox keep a tight grip on what their audience sees, Curry’s message is not likely to reach their screens (even in the form of a commercial) for a long time.

You can see the ad below: