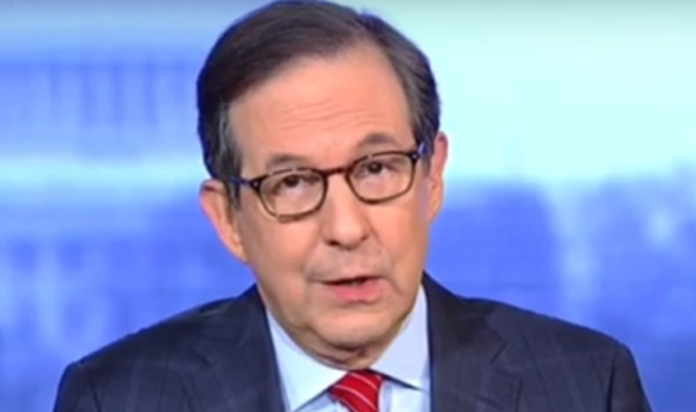 White House counselor Kellyanne Conway claimed on Friday that the administration has a rule against discussing security clearances. Fox News anchor Chris Wallace responded by calling her out for lying.

Both Donald Trump and Ivanka Trump have previously lied about the security clearance intervention and Kushner has apparently used it in an effort to secure more business arrangements, including with foreign dictators.

When asked about the story, Conway refused to discuss it.

“We don’t discuss security clearances,” she told Fox News. ‘I’m not even going to discuss my own. The president has the absolute right to do what was described, but we’re not going to discuss that.”

During an appearance on Fox News later in the day, Chris Wallace chimed in on the scandal by pointing out that House Democrats will likely investigate and will call Kelly and former White House counsel Don McGahn to testify.

“Well it is a subject that House Democrats were already planning to investigate, the whole question of how security clearances were handed out in the Trump White House,” Wallace said. “I would think there’s a Congressional subpoena in their future, probably in the House Oversight Committee much like Michael Cohen to testify as to whether or not it’s true.”

On Conway’s refusal to discuss the scandal citing an imaginary White House rule, host Sandra Smith pointed out that Ivanka and Donald Trump have discussed security clearances in the past with the media.

Wallace then called Conway out.

“I would have to call what Kellyanne Conway said there a classic non-denial denial,” he said. “If it were false and the president, in fact, hadn’t been involved I can’t imagine they wouldn’t say that. They have no qualms about saying when news is fake. They’re not saying that about that story, which speaks for itself.”

It should also be pointed out that Kellyanne’s husband George Conway appeared to call for Kushner’s resignation by retweeting the following Twitter post by CNN legal analyst Susan Hennessey:

If Kushner hasn’t resigned by the time we wake up tomorrow, it is a sign that the basic checks of government have ceased to function. Congress should be unanimously calling for his resignation and absolutely refuse to move on until we get it. https://t.co/4BnfaA6fbL

Perhaps Kellyanne Conway should consider resigning as well because Trump’s scandals are about to implode his administration.