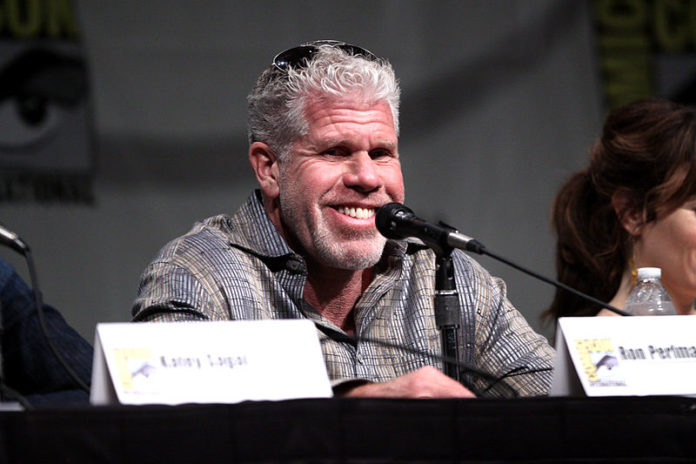 Actor Ron Perlman caused Fox News and supporters of President Donald Trump to collectively lose their sh*t on Monday when he called the Republican Party the “KKK party” in response to racist remarks made by Rep. Steve King (R-Iowa) last week.

During an interview, King complained about white nationalism and white supremacy being considered bad words and whined about the diversity of the Democratic Party.

“White nationalist, white supremacist, Western civilization — how did that language become offensive?” he asked. “You could look over there and think the Democratic Party is no country for white men.”

His words touched off a firestorm that culminated in King being removed from his committee assignments by his own party, many members of which condemned him. Rep. Bobby Rush (D-Ill.) also introduced a resolution to censure King.

“Steve King’s pattern of despicable comments harken back to the dark days of American history where his rabid, racist remarks would have been acceptable to a significant portion of our nation,” Rush said. “His rabid racism continues to stain and embarrass this body and the years of deliberate silence from Republicans have only emboldened his ignorant and immoral behavior and empowered those who emulate him.”

Indeed, Republicans have had many chances in the past to denounce King. Instead, they’ve embraced him until now. But Perlman remained unconvinced that Republicans are really turning over a new leaf, calling out House Minority Leader Kevin McCarthy (R-Calif.), Senator Ted Cruz (R-Texas) and Rep. Steve Scalise (R-La.), who himself has white nationalist ties.

Hey Kevin McCarthy! Ted Cruz! Steve Scalise! How dare you suddenly start condemning the Nazi that is Steve King when you’ve been cheering him on for his entire embarrassing career! You are the KKK party. Own it muthafuckas! And one more thing…FUCK YOU!

Perlman’s tweet was enough to be featured by Fox News in a brief video defending King, who again, has been condemned by many of his Republican colleagues and has been punished by them.

Trump supporters responded by attacking Perlman and claiming that the KKK and Nazism is owned by the Democrats.

But that’s pure ignorance. While the Democrats after the Civil War were affiliated with the KKK in the South, that relationship began to break as the Civil Rights Movement began, and broke entirely after the passage of the Civil Rights Act in 1964 when so-called Dixie-crats became Republicans and the ideologies flipped. Now Democrats are the liberals that Republicans once were, and Republicans are now the conservatives. Plus, Trump pandered to white nationalists and white supremacists to get elected and had the endorsement of KKK grand wizard David Duke.

As for Nazism, that has been considered a right-wing ideology for decades by historians. Nazis simply added the word “Socialist” to their name in an effort to attract left-wing support over Adolf Hitler’s objection because the reality is that the Nazis hated socialists and communists, just like Republicans do today.

Perlman clearly struck a nerve and caused many conservatives and Fox News to freak out, thus proving that they are the ones who are the real snowflakes.