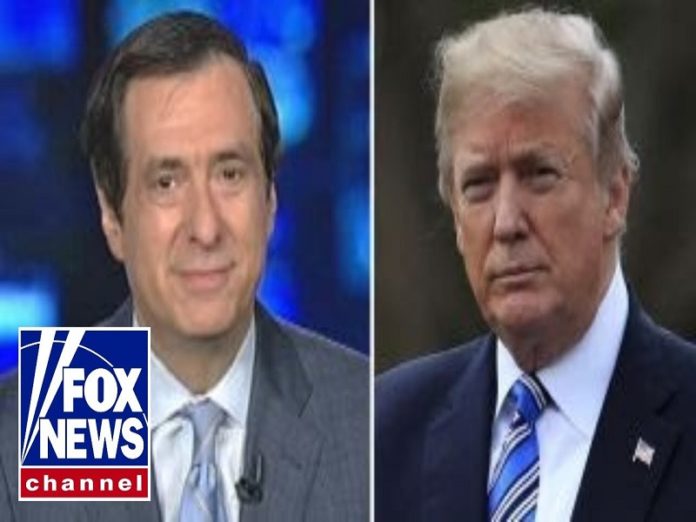 Fox News has always been a place where billionaires pay millionaires to convince middle-class white people that poor people are living it up on their dime. Its brazenly made-up-reporting and right-wing bias has been lampooned for years, but it stopped being funny once President Donald Trump started relying on the network as his primary source of daily intelligence.

As its viewers significantly grow older or die out, its no longer the powerhouse it once was–and consumers of cable news are really taking notice.

On Sunday, Media Buzz host Howard Kurtz was in the middle of a segment in which he was blasting mainstream media for their alleged ‘fake news’ coverage, only to accidentally cut to a graphic that made him and his network look like the bastion of lies they so obviously are. Much to his dismay, the graphic showed that Fox News was the least trusted name among all of its cable news competitors. 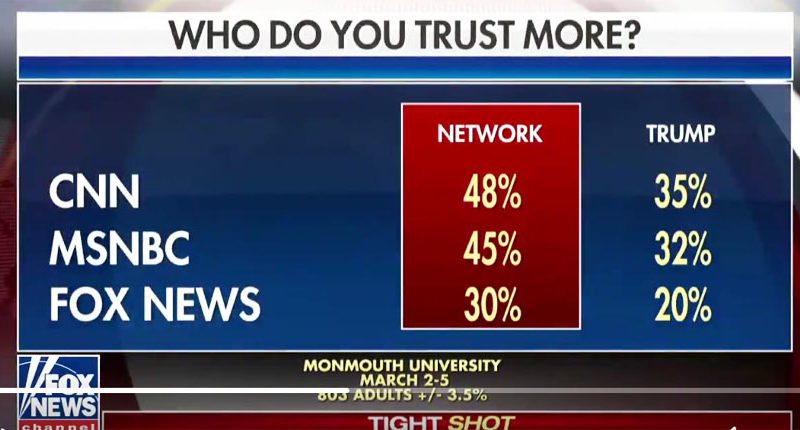 Kurtz flipped his lid upon discovering the truth about his fake news network.

“‘That is not the graphic we are looking for. Hold off,’ he said frantically before pleading with his production crew to ‘Take that down, please.’”

Better still, the same graphic showed that almost half of the U.S. trusted CNN and CNBC more than the president.

While this was purely an accident, Fox News has been deliberately perpetuating the myth that every other major news outlet does nothing but report lies and “fake news” about Trump. They are like North Korea’s state-sponsored media, but just better dressed and with higher end production value.

Fox News has done nothing but suck up to our totally corrupt, unhinged, and hateful president at every chance they get. So it’s nice to see their manipulative tactics finally blew up in their face.