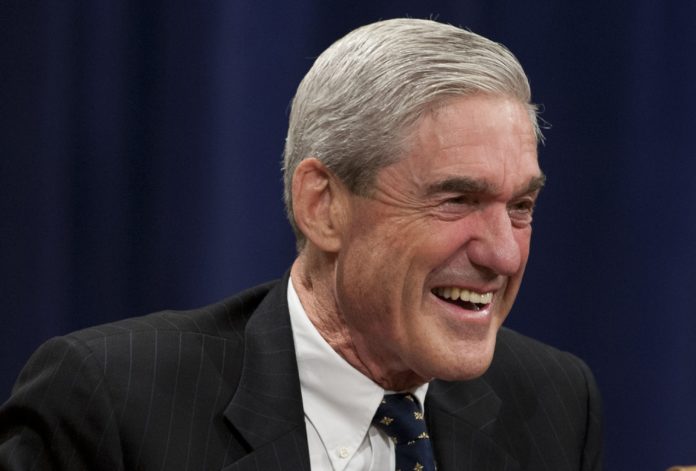 Granted, we’ve always known that Fox News will defend President Donald Trump no matter what he says or does, but now the network is engaged in outright journalistic fraud, making up quotes and attributing them to Special Counsel Robert Mueller.

“Mueller came out with this letter, and he says charging the president with a crime was not an option we’d consider. He also said that he had confidence the president clearly did not commit a crime. So there you have Robert Mueller saying — now, last I checked, you need to commit a crime in order to go to jail.”

“Wait, I thought Bob Mueller said that if he had confidence that he didn’t commit a crime, he would have said that.”

“But he said that they didn’t have enough evidence to show that he did.”

“No provable conspiracy, that’s on the collusion side. We’re talking about obstruction of justice.”

BANDERAS: Mueller “said that he had confidence that the president clearly did not commit a crime.”

MUELLER: “If we had had confidence that the president clearly did not commit a crime, we would have said so.” pic.twitter.com/5Iqe9vOY3L

The key phrase there is this one: “And as set forth in the report after that investigation, if we had had confidence that the president clearly did not commit a crime, we would have said so.”

But he didn’t say so, meaning that Trump did indeed commit a crime, or even multiple crimes if you count each instance of obstruction.

Donald Trump loves to brand anything he sees on television that he disagrees with as “fake news,” but it turns out the fakest news of all is on his favorite “news” network, Fox.