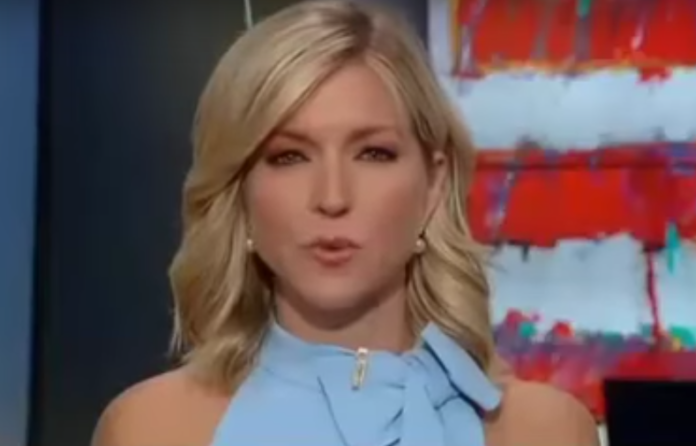 Fox News hailed extreme anti-abortion laws that are being passed in red states on Thursday morning, and complained about opposition to the measures by falsely asserting that a majority of voters want abortion to be banned.

Alabama recently passed a law criminalizing all abortions, and now doctors who perform an abortion can be sentenced to 99 years in prison. There are zero rape and incest exemptions in the law.

Following up on that law, the Missouri Senate passed an abortion ban in the dead of night, outlawing the procedure after 8 weeks of pregnancy.

The laws are a bid to challenge Roe v. Wade in the Supreme Court and to control women.

“Alabama’s abortion bill, a near-total ban that the governor there, Kay Ivey, signed into law,” she said. “This, as the Missouri Senate early this morning just passed a bill banning abortions at 8 weeks.”

“Are these signs that the pro-life movement is continuing to grow?” she asked before attacking Democrats for opposing the measures by claiming voters approve of abortion bans.

“Why are the Democrats, why are the media, why are they hitting so hard against these states when this is what the voters want?” she asked.

Roughly the same number of Americans support banning abortion as did support the Iraq War through its nadir. Conservative media, prominently including Fox News, consistently props up this alternate universe where banning abortion is popular. The gaslighting never stops. pic.twitter.com/IiKgVloo7q

The fact is that an overwhelming 71 percent of Americans support upholding Roe v. Wade, including 52 percent of Republicans.

Furthermore, Americans who believe abortion should be legal in most circumstances outnumber those who don’t.

And that includes every single state in the union, even in Alabama.

There is no state in the country where support for banning abortion reaches even 25 percent. (Data for Progress analysis of the 2016 Cooperative Congressional Election Studies) pic.twitter.com/lrOxU0eNaz

Clearly, Republicans are overplaying their hand because they believe the Supreme Court will side with them. But it will likely backfire.

First, Chief Justice John Roberts could be the swing vote who strikes down these unconstitutional laws in an effort to save his party. If not, voters will deal a severe backlash to the GOP in 2020 that could include taking control of state legislatures, the Senate and the White House as women flock to the polls in protest of these attacks on their rights and bodies.

Conservatives just stirred up a hornet nest. They just don’t know it yet.