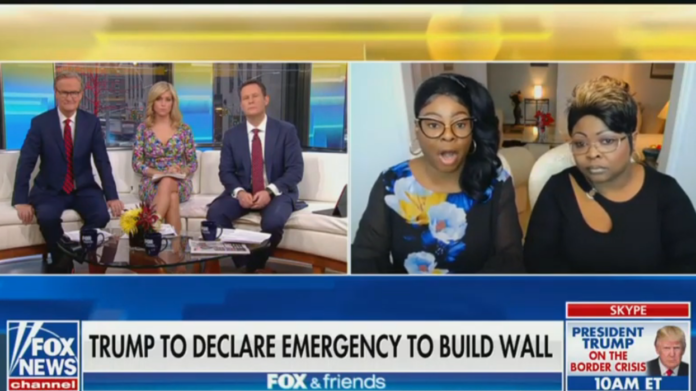 “We have a crisis at our southern border, but no crisis justifies violating the Constitution. Today’s national emergency is border security. But a future president may use this exact same tactic to impose the Green New Deal.”

According to Diamond and Silk — whose real names are Lynnete Hardaway and Rochelle Richardson — Rubio needs to step down from his Senate seat, with Diamond telling “Fox and Friends” host Brian Kilmeade:

Diamond then went on to add:

“Now if Marco Rubio don’t like that, maybe he should just step down for Congress, too!”

While she was at it, Diamond also recommended that Trump “stop immigration all together until Congress get their act together and solve the problem.”

However, a quick look at comments Trump himself has made in the past regarding executive orders and national emergencies proves that he — along with his most shrill acolytes — is a hypocrite:

Repubs must not allow Pres Obama to subvert the Constitution of the US for his own benefit & because he is unable to negotiate w/ Congress.

Also in 2014, Vice President Mike Pence slammed President Obama for using an executive order to protect DACA recipients, saying it would be a “profound mistake for the President of the United States to overturn American immigration law with the stroke of a pen.”

It’s so much fun watching Republicans have to eat their own words as they prove they don’t think the Constitution should apply to anyone except those they disagree with.