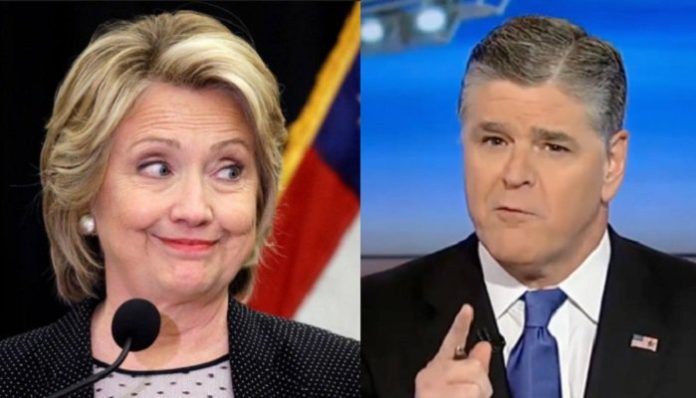 Earlier this week, Hillary Clinton was giving a speech and mentioned that even though it’s been nearly a year and a half since the 2016 election, President Donald Trump and his cheering squad over at Fox News seem to think she was elected president:

“When he can’t think of anything to say, Trump starts chanting it and you sit there and you think, ‘Does he think I was elected?’ I said something publicly a few months ago, Fox News is always trying to impeach me, so someone needs to tell them that it doesn’t apply to a private citizen.”

Clinton added that the tone of politics needs to change and not be so abrasive and personally destructive:

“I would hope that we can change the political culture. Because I don’t want anybody going through that. I don’t care who you are. I don’t care how much I agree or disagree with you. To be lied about persistently, to be vilified is very harmful.”

Nothing controversial in what the former Secretary of State said, wouldn’t you agree? She was stating facts and saying we need to learn to debate without resorting to personal attacks and lies.

But over on Trump TV — aka Fox News — you’d have thought Clinton had called for Trump to be exiled to Siberia and Fox to lose their broadcast license.

On the Fox & Friends First Twitter feed the next morning, this posting appeared:

HILLARY AT IT AGAIN. The failed presidential nominee going on yet another post-election rant against President Trump, Putin, & Fox News | @JackieibanezFNC pic.twitter.com/64GMVFidIG

“Well it’s been 512 days since Hillary Clinton was historically defeated by President Trump, yet she is still speaking her mind about how she believes America got it all wrong, of course.”

Next to join the party was Sean Hannity, who is almost as obsessed with Clinton as his political hero, Donald Trump, is. His website featured a headline which read:

Rounding out the collective freak-out later that same evening was The Five, where co-host Jesse Watters commented:

If only that was true! This week alone, Clinton’s name has been mentioned at least 60 times on the Fox airwaves.