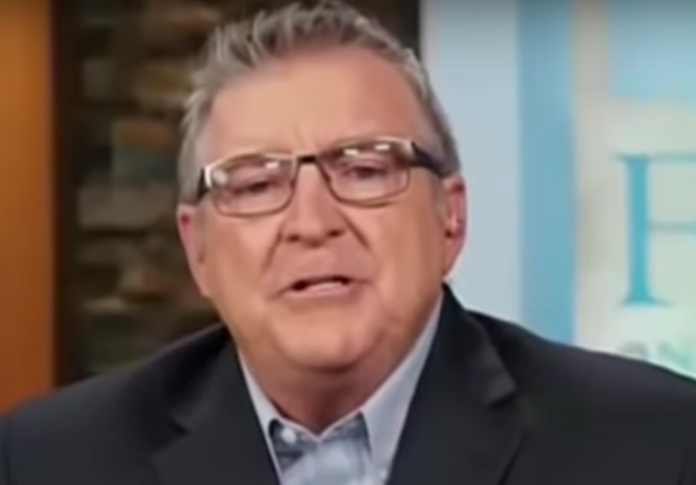 In defense of NFL quarterback Drew Brees on Sunday, Fox & Friends host Pete Hegseth and Focus on the Family president Jim Daly urged children to bring Bibles to school with them and demonize same-sex marriage and LGBT rights.

Brees has been under fire this week for endorsing an event sponsored by Focus on the Family, a hate group that discriminates against the LGBT community and would love nothing more than to ban same-sex marriage and criminalize being gay.

The event Brees endorsed is “Bring Your Bible To School Day,” which promotes kids bringing Bibles to school in an effort to indoctrinate other school kids. Brees tried to distance himself from Focus on the Family but then faceplanted by defending their bigotry.

On Sunday, Daly whined about Brees being criticized and claimed that Christians should be able to debate marriage and proselytize.

“There’s a small segment of society that doesn’t want the Christian society to express our values,” Daly complained. “I’m so proud of Drew Brees for doing this. It’s a great way for young people to learn how to express their faith in a country that allows them the freedom to do so.”

People have freedom of religion, but they don’t have the right to force their religion on others. But that’s what Daly wants kids to do even as he claims his group doesn’t hate gay people.

“We don’t hate anybody,” he said. “We have a different idea, a biblical idea of what the definition of marriage is.”

And it doesn’t matter what their definition of marriage is. Other people’s marriages are nobody else’s business. That’s why the Supreme Court ruled same-sex marriage constitutional in 2015. There are some Christians today who think interracial marriage is against God, and if they had their way they would ban it as well.

Daly went on to whine some more while insisting his group isn’t a hate group.

“They want to caricature us and Drew Brees in this case as something evil, dark and horrible,” Daly said. “It’s not true. We love all people. We do.”

He then proceeded to say that everyone should follow the Christian fundamentalist view of marriage. You know, because freedom of religion only applies to Christian extremists like Daly and his hate group.

“And yet we still have principles that we need to live by,” he said. “They want everyone to succumb to their idea, their world view of what it means to be married. And I’m telling you, you know, for 2,000 years, we have followed the teachings of Christ and we’re going to continue to do so. I’m just saying it would be nice to be able to pull together, have a discussion. They’ve won the battle. Now it’s can they serve at the table and allow others to have a different opinion.”

There is no debate here to be had, nor should there be any discussion. As a matter of United States constitutional law, same-sex marriage is legal and no one is forcing Christians to enter into a same-sex marriage. What Daly and his fellow bigots want to do is pave the way for criminalizing same-sex marriage by starting a grassroots movement in schools to teach kids to hate while they are young so they can continue discriminating against LGBT people and using the government to do it.

Daly’s opinion, and the opinions of all religious bigots do not matter when it comes to our secular government and Constitution. Just as Christians would not want Muslims to dictate our laws based on the Koran, this country’s laws should not be dictated by the Bible, especially when there is no passage in the Bible that explicitly forbids same-sex marriage. Again, that doesn’t matter because this issue is already settled. But people like Daly are the reason why this battle is still ongoing, because once people stop defending the rights they fought so hard to secure, people like Daly will swoop in and take them away.