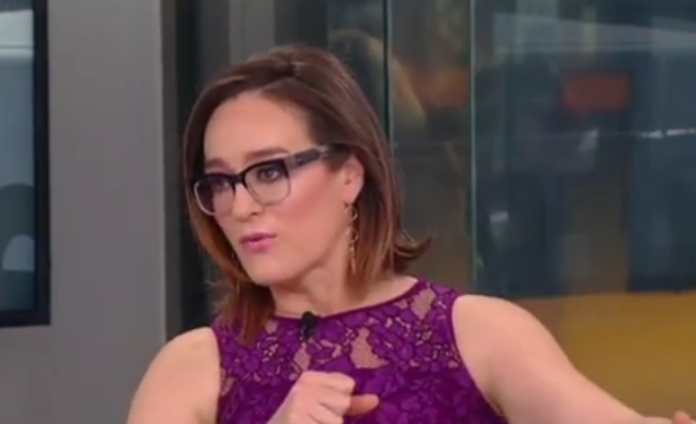 The sheer number of scandals and investigations Trump is dealing with is unprecedented, yet so many conservative willfully ignore them because they think Trump is one of them.

It’s the same way when it come to Trump demanding money for his border wall and threatening to shift money from other projects to pay for it.

Indeed, Trump made such demands and threats on Wednesday morning in yet another temper tantrum over funding his vanity project on Twitter:

Mexico is paying (indirectly) for the Wall through the new USMCA, the replacement for NAFTA! Far more money coming to the U.S. Because of the tremendous dangers at the Border, including large scale criminal and drug inflow, the United States Military will build the Wall!

While discussing Trump’s tweets on Fox News, Kennedy Montgomery pointed out that if President Obama had tried to circumvent Congress in order to pay for a pet project, conservatives would have lost their sh*t.

“That’s not the way the government works,” Kennedy began. “You can’t just take $1 billion from this program, $1 billion from over here, and then put it toward your pet project.”

But that’s exactly what Trump is doing by threatening to use Pentagon funding to pay for his wall, which he can’t do because Congress decides what projects are funded by taxpayer dollars.

“If this were the Obama administration and President Obama had done that with Solyndra, and taken money from the defense budget for a solar panel company, we would all be up in arms,” Kennedy continued. “It’s really not okay, it’s not how the government should function.”

“If the president wasn’t able to get this funding when he had both chambers, it just goes to show what a politically toxic issue this is,” she concluded, going on to call Trump’s effort “a failure.”

Trump’s wall funding may just be a drop in the bucket, but it’s not a drop that American taxpayers want to pay for, especially since he promised that we would not have to pay for it. Besides, a border wall would not stop migrants from crossing the border and it certainly would not stop drugs from being smuggled into the country.

This is nothing more than a vanity project that Trump desperately wants as a monument to himself and not even Republicans in Congress are enthusiastic about it, which is why they haven’t approved such funding despite controlling the House and the Senate. If Obama had behaved the way Trump is behaving right now, especially during the holiday season, conservatives would have crucified him. And you know Trump is in trouble when even Fox News acknowledges it.