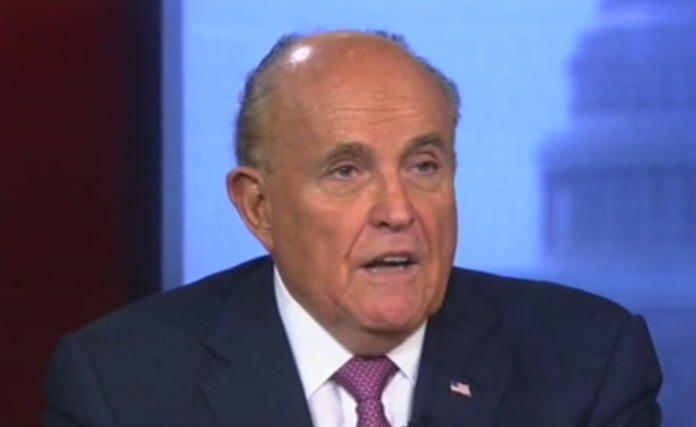 President Donald Trump’s lawyer Rudy Giuliani continued to demand an apology from the media for covering the Russia investigation, only to be taken to the woodshed by Fox News host Howard Kurtz.

The media has rightfully been covering the probe for two years now, bringing on experts and pundits to comment on and analyze the probe. Attorney General William Barr claims that Mueller’s final report clears Trump of collusion, but we really don’t know that because he hasn’t released the report to the public and members of Mueller’s team say the report is more damaging to Trump than Barr has portrayed.

But that’s not stopping Giuliani from demanding an apology from the media for covering the probe.

During an appearance on Fox News over the weekend, Kurtz asked why Giuliani is making such a demand when it’s the media’s job to cover federal investigations.

Actually, we don’t know what’s true because Trump and Barr are trying to bury the report to hide what’s in it from the Congress and the American people.

Kurtz pointed out that the media has covered federal probes in which no one was indicted. Meanwhile, the Russia investigation produced dozens of indictments and several guilty pleas.

“Well, I’ve been critical of the coverage that at times, saying that at times it was overwrought and overhyped, I’m talking about all media coverage here,” Kurtz said. “But on the other hand, this was an investigation authorized by the president’s own deputy attorney general, 37 indictments, I’ve covered investigations where no one ended up getting charged. It doesn’t mean the stories were illegitimate. And yet you say the networks should apologize?”

“They should apologize for overhyping the case,” Giuliani responded. “For not giving balanced coverage.”

Here’s the video via Fox News.

Except the media brought on many conservative guests to get their own commentary and analysis of the probe, so Giuliani is wrong. If anyone should apologize, it’s Trump. He has attacked the media relentlessly since taking office and owes the press an apology for it. The press has a job to do and it’s to cover the news. It’s not to spew Trump’s propaganda.