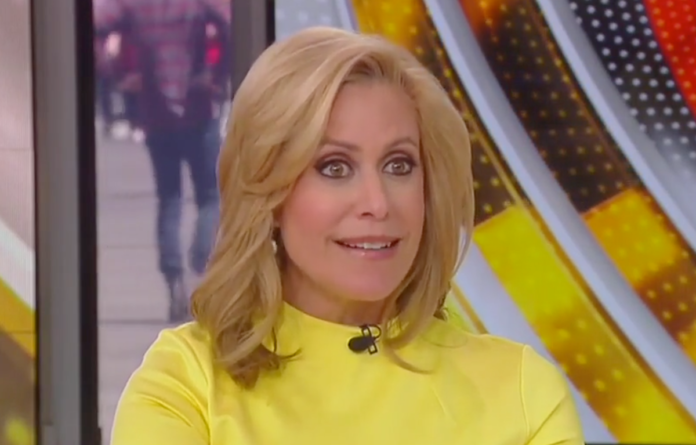 Fox News co-host Melissa Francis admitted that Russian interference cost the Democrats the 2016 presidential election. In other words, Trump is President because of Russian interference. The admission happened during a debate about Russia on Outnumbered:

“I think [Democrats] care about Russia now,” Francis said. “Because it cost them an election. Don’t you think they care now?”

Lis Power, Director of Media Intelligence at Media Matters, shared the clip with the caption:

FRANCIS: Democrats “care about Russia now because it cost them an election.”

FRANCIS: Democrats "care about Russia now because it cost them an election." pic.twitter.com/lfm6nVBdf1

“This is about harming and tarring President Trump,” Boothe said. “So let’s at least be honest about that.”

Later on Twitter, Melissa Francis responded to the notion that her admission was “accidental,” instead, she claimed it was on purpose. Power shared her explanation with the caption:

“Melissa seemingly would like me to clarify that she purposefully admitted that Trump only won because of Russian interference. My bad, girl.”

Francis’ response also admits that the Mueller Report proved the Russians interfered in the presidential election on behalf of Trump, something that Trump is still refusing to address.

Intentional admission or not, the point is that Republicans, and especially Donald Trump, must admit that Russia’s interference in our elections poses an extreme risk to our democracy. Fox News might believe that “President Trump has been extremely tough on Moscow,” but his actions definitely prove otherwise. Those actions aren’t just spelled out clearly in the redacted Mueller report, but also in what he’s doing today.

One recent example: We have learned that Trump’s current Chief of Staff, Mick Mulvaney told former Homeland Secretary Kirstjen Nielsen not to even raise the subject of Russian interference in Trump’s presence. If a problem can’t even be discussed, then obviously there can be no solution, and sadly that seems to be the intent.

“A senior Trump Administration official, interviewed anonymously by the Times, noted that DHS officials believed that the federal government needed to be much more proactive about urging companies to block foreign influence campaigns. But the Trump White House, according to that official, refused to discuss the matter.”

Thanks for admitting that the Russians helped Trump and cost Hillary the election. I wish #DerangedDonald would also admit that and protect our elections but he won't.

See the full debate below: