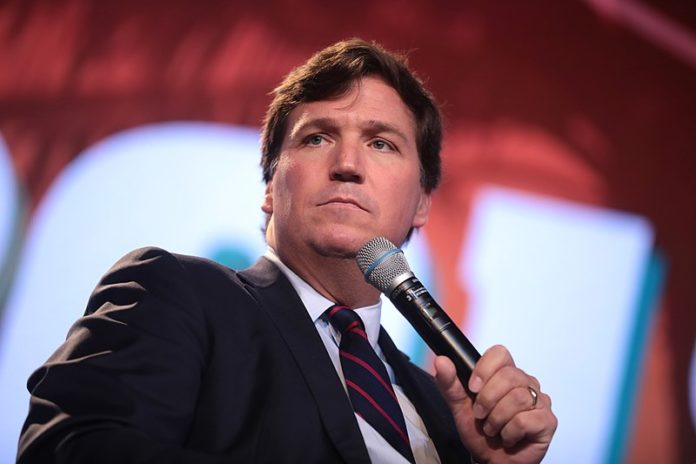 The Republican Party had better cut it out with economic policies that only benefit the wealthy because they are losing conservatives like Fox News host Tucker Carlson, who might be inclined to vote for Senator Elizabeth Warren (D-Mass.) in 2020.

The GOP obsession with trickle-down economics and low taxes on the wealthy when the masses are in desperate need of higher incomes and more services goes all the way back to the Reagan administration when income inequality started to widen uncontrollably as the rich got richer and the poor got poorer.

The progressive policies that literally built the middle class and turned America into an economic superpower have since been replaced with extreme capitalism, and it’s making millions of Americans more desperate every day as they struggle to get by.

When then-candidate Donald Trump won the 2016 Election, whether with Russia’s help or not, his supporters believed he would help them. For some reason, blue-collar conservatives and those in flyover country actually believed a billionaire New Yorker famous for screwing over contractors and his own employees would help them secure higher wages and better lives, only to watch as Trump and the GOP passed massive tax cuts for corporations and the rich, attacked healthcare and started trade wars that have devastated farmers and small businesses across the country.

Trump also did not help himself by putting 800,000 people out of work by causing a government shutdown over a wall. Trump repeatedly demonstrated that he did not care about those workers, many of whom work in red states, even though they have bills to pay like everyone else.

Now we have a larger deficit and debt that our children will inherit, and Americans are barely able to get by even if both parents make an income.

Yeah, you heard that right. Fox News host Tucker Carlson is breaking ranks with the Republican Party over the economy. He not only wants to go back to the days when it only took one parent making an income to pay the bills, but he also says he could vote for Elizabeth Warren because he agrees with her economic stance.

“I would just make the obvious point, which is that we’re falling pretty far short of where most people would like to be, which is how can parents stay at home and raise the children?” Carlson said during an interview with Salon. “If you allowed people the freedom to do that — if you said, I’m going to give you enough money so that when you have kids, a parent can stay home and raise them while they’re little? My sense is that an awful lot of people will take advantage of that. An awful lot.”

“Like everything, it would be a trade-off,” he continued. “I mean, there are certain perks that you get from working that you don’t get from staying at home. I mean, I get it. OK, but I’m just saying if the average person has the choice, I sincerely believe that a very large number of people would take that option, and I think they should be allowed to. By the way, I’m with Elizabeth Warren on this. She wrote a whole fucking book about it. She wrote a whole book on this called “The Two-Income Trap,” and she made the case that when our society changed in such a way that it took two incomes to support a family, everybody got poorer and less happy. I agree with that.”

Carlson says the Republican Party has failed in this regard because while they are busy giving more money to rich folks and dismantling programs that benefit the average American, their constituents are literally the people who need fairer economic policies the most.

And that’s why a lot of Americans are drawn to democratic socialism these days, which is why Carlson believes Republicans need to start moving away from their extreme free-market ideas and start doing something to help the little guy, whose vote they will need to compete in 2020 against the likes of Senators Bernie Sanders (D-Vt.), Kamala Harris (D-Calif.) and Warren, just to name a few.

And if one of those Democrats were to espouse that ideal where a household should be able to thrive on one income under a fair economy, Carlson would vote for that Democrat over Trump, particularly Warren.

“If there was a Democrat in 2020 in this election who made that primary plank in the platform, I would vote for that person,” he said. “That’s how important I think it is.”

If Elizabeth Warren came out and said, “I wrote a whole book on this and I want our economy to support parents on one income, families on one income, not so we can hire some person from the Third World to work at minimum wage and raise your kids, but so that you can have an intact family. You can live in a way that we all know is better.”

In rich neighborhoods in America, there’s a parent raising those kids overwhelmingly. I live in one, so I know. There’s a parent raising those kids. Why shouldn’t everybody have that chance? If she ran on that, I would vote for Elizabeth Warren, and I would say so in public. That’s what I’m calling for, and I don’t care who provides it. Why would I?

Indeed, most American wouldn’t care who provides it, even if it’s Trump. The problem is that Republicans don’t really care about what most Americans need. It’s either all-out capitalism or nothing. Trump has betrayed his populist leanings over the last two years by doing things that pile the hurt on the American people while giving the rich a tax cut on private jets. That doesn’t help Americans feed their kids, but it does make Americans yearn for higher tax rates on the wealthy like the 70 percent marginal tax rate proposed by Rep. Alexandria Ocasio-Cortez (D-N.Y.), an increasingly popular young democratic socialist.

Carlson wants the GOP to start moving that direction, perhaps not entirely, but enough to convince Americans that they still care about building the middle class and lifting people out of poverty.

A government must be able to provide for all citizens, not just a few of the wealthiest. And as long as Republicans refuse to budge from their selfish effort to feed only the rich, they’ll surely be eaten alive by the rest of us. And that apparently includes by Carlson.