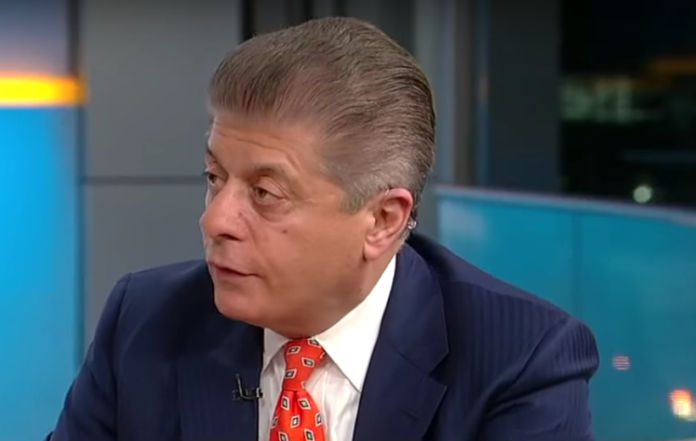 President Donald Trump is upset about the FBI executing a search warrant against his attorney Michael Cohen, and his mood only got worse when Fox News judicial analyst Andrew Napolitano defended the raid on Fox & Friends Tuesday morning.

“I just heard that they broke into the office of one of my personal attorneys ― a good man,” Trump said after learning of the raid. “And it’s a disgraceful situation. It’s a total witch hunt.”

However, even legal expert and former judge Andrew Napolitano knows that Berman must have had enough cause to get a warrant, which is why he directly said so during an appearance on Fox & Friends, which just happens to be Trump’s favorite morning program.

Napolitano began by pointing out that Berman is a Trump appointee and then explained how this whole thing went down:

“Mueller’s people stumbled onto proof of evidence of bank fraud on the part of Michael Cohen and they said, ‘Look, A, This is in New York and our team is in D.C.; B, we are not really interested in bank fraud with the president’s lawyer. You take a look at it.’”

And just like Kellyanne Conway’s husband George did this morning, Napolitano explained that authorities can look at privileged documents to look for the evidence covered by the warrant:

“They can look at it, but they can’t use it,” he said. “They can only use in a courtroom or in a prosecution what they were looking for.”

Indeed, Justice Department guidelines state that, “While every effort should be made to avoid viewing privileged material, the search may require limited review of arguably privileged material to ascertain whether the material is covered by the warrant.”

Napolitano went on to explain that Cohen may have committed bank fraud if he told the bank that he needed a $130,000 loan to add a room to his house and then used it to pay Stormy Daniels instead”

“If he had to tell the bank what he was using it for and he misled the bank, that’s a problem.”

Napolitano also explained how Cohen could be busted for wire fraud and campaign finance violations before being asked how this related to the collusion investigation. And it’s not good news for Trump”

“If they indict him for bank fraud, they are going to try and squeeze him about what he knows about Russian collusion, which is their M.O.”

Trump may have been watching this morning, because not long after Napolitano’s expert analysis, he took to Twitter to lash out.

But this raid was conducted legally and the warrant was obtained through the proper procedure. Berman would not have signed off on it if he didn’t see sufficient cause. Obviously, he did see sufficient cause and now the FBI has thousands of documents to look over and assess. And if any of those documents reveal that Cohen committed bank fraud, he is screwed. And so could Trump if Cohen takes a deal.

Bank fraud carries a penalty of up to a $1 million fine and up to 30 years in prison, so Cohen could be behind bars until he is 80-years-old, giving him plenty of reasons to cooperate with Special Counsel Robert Mueller’s investigation.